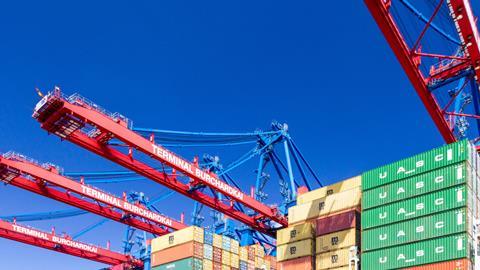 CPTPP: What the Asia-Pacific trade club could mean for UK food and drink

The ink is barely dry on the UK’s new trade deal with the EU, but eyes are already turning to a new trading area on the other side of the world.

On Monday morning, Liz Truss formally applied to join the CPTPP, a free trade area made up of 11 Asian and Pacific nations. So what does it mean for the British food industry?

What is the CPTPP?

The group accounts for 13% of the world’s GDP and is a market of around 500 million people.

The partnership is not a single market or a customs union like the EU, and therefore contains no alignment on standards. Instead, the main perk for members is a reduction on tariffs to each other’s markets, though certain protections remain on more sensitive sectors.

What are the benefits?

Reducing tariffs on food and drink exports is one of the main benefits of joining, according to trade secretary Liz Truss, who told the BBC’s Andrew Marr on Sunday the Asia-Pacific region is “where the big markets are, where growing middle-class markets are, for British products”.

However, the true impact on this is unclear given the UK already has trade deals in place to remove most tariffs with Canada and Japan, two of the CPTPP’s largest economies, while talks are ongoing with Australia and New Zealand.

Even for CPTPP members, tariffs remain in place for sensitive sectors such as Canada’s dairy industry. These are fixed in the existing deal and it is very unlikely the UK could negotiate them away.

The government also hopes the move could simplify rules of origin, making British ingredients more attractive for use in Asia-Pacific supply chains.

Some have questioned whether the CPTPP could be a way to open a trade deal with the US through the back door. Washington was originally involved in the talks before President Trump pulled out, but if the Biden administration becomes involved then it could allow a closer UK-US trading relationship without the need for a deal.

As with any trade deal, that depends on what is negotiated.

The CPTPP does not mandate countries to follow certain standards on the likes of pesticides, animal welfare standards, or hormone usage – the type of details the EU or the US insist on – and so the UK will not be forced to accept controversial foods such as chlorinated chicken if it wants to join.

The UK may opt to undertake such agreement bilaterally, however. For example, choosing to align certain food production standards with Australia in exchange for a reduction on inspections and paperwork when importing food. But pursuing this route will pose some tough questions for the UK, not least in terms of who it chooses to align with, and potential consequences for trade with the EU.

The UK will not have it easy. Each country will have its demands. Malaysia, for example, may push for the UK to drop its tariffs on palm oil, a move that would likely provoke ire among some environmentalists.

The issue stems from the UK and the EU’s splitting of the EU’s existing tariff rate quotas (TRQs), which allocate a certain volume of tariff-free access to third countries. A host of countries including US, Canada and Brazil have complained to the WTO that it will damage their export trade. If the UK meets New Zealand’s latest demands, it could mean more foreign meat arriving on British shores.

CPTPP members will also be looking to see some relaxation of the UK’s geographical indication list, which protects regional products such as West Country cheddar cheese and scotch whisky from foreign imitations. Trade consultants ITS said last year that clauses in the CPTPP in fact make GI protections illegal, therefore a shorter list of protected products will likely be a focus.

The UK has registered its formal interest so a working party will be established of CPTPP members and negotiations will commence. The UK will issue offers on matters such as tariffs and government procurement, and open negotiations with each individual member state. These talks will cover any provisions in the existing trade agreement that the UK does not want to sign up to, and only once all existing members are on board will the UK be admitted.

What will the UK have to trade away to join? That’s anyone’s guess. But with all parties seemingly keen on making it happen and no obvious (or at least necessary) source of controversy on the horizon, this one could likely come to pass within the next few years.