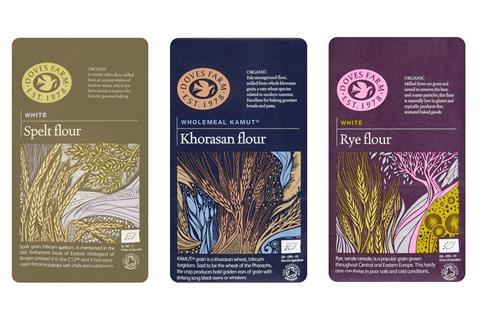 Doves Farm said that rye, buckwheat, spelt and kamut Khorasan (an oriental wheat) could be used in baking to “add variety” to breads, cakes, pastry and more.

The grains were enjoying a “renaissance” amongst bakers looking to add something new to their baking or looking to put new twists on traditional recipes, it added.

Doves Farm isn’t the only supplier cashing in on the ancient grains boom: Aduna last week added fonio to its lineup – both Sainsbury’s and Unilever have tipped the recently-classified novel food as a potential future trend.