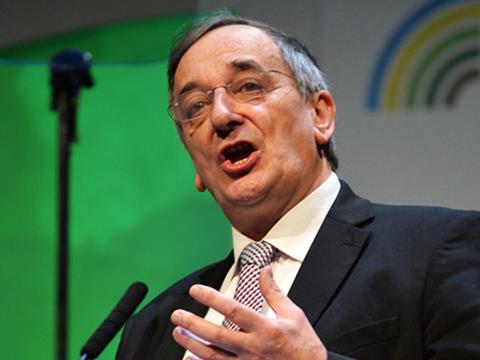 The government must not ignore the economic importance of the farming sector during Brexit negotiations, the NFU has warned, stressing there is now a “golden opportunity” to formulate a new food and farming policy for the UK outside the EU.

The contribution made by UK’s food and farming industry “to the economy and to food security should be taken extremely seriously by the government”, said NFU president Meurig Raymond, speaking on Friday as the NFU outlined its blueprint for a post-Brexit farming sector and launched its most comprehensive public consultation on farming policy in a generation.

The vote to leave the EU on 23 June had left farming with a lot of uncertainties, he added, with trade agreements, labour arrangements, financial support and legislation “all up in the air”.

The NFU Council agreed on seven key principles at a meeting last week, which will be put out to consultation to the NFU membership over the coming months. These include achieving the best possible access to markets both inside and outside the EU, ensuring food imports continue to fulfil minimum standards, and a call for arrangements to be made to ensure migrant workers can still be employed.

“During the referendum we have repeatedly drawn attention to our sector’s need for access to migrant labour, both seasonal and full-time,” the council said. “Outside the EU we will need some kind of student agricultural workers scheme, which is open to students from around the world.”

The council also called for guarantees the support given to British farmers post-Brexit will be a par with that given to farmers in the EU, a rural development policy that improved competitiveness, and a cut in regulation.

“Leaving the EU gives us the opportunity to build a new domestic agricultural policy, which is adapted to our needs, easy to understand and simple to administer,” it added.

“We need a policy that ensures a profitable, productive and sustainable future for British farming,” Raymond said. “The NFU’s influence, with the backing of its membership, is paramount in this.”