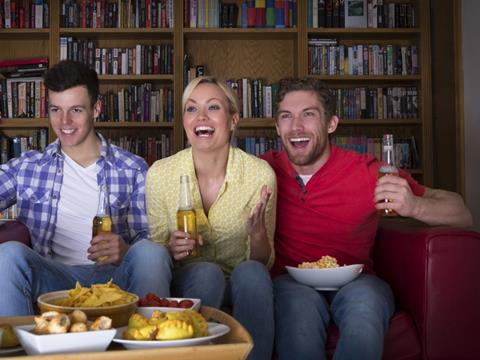 Brits are now buying more beer in supermarkets and off-licenses than in pubs.

Off-trade volume sales of beer have topped on-trade sales over a full calendar year for the first time on record, according to data released today (30 January) by the British Beer & Pub Association (BBPA).

Supermarket beer volumes had benefitted from deep discounting around the World Cup and the Christmas period.  In June, eight of Britain’s 10 biggest beer and cider brands were cheaper in the run-up to the 2014 tournament than at the start of the 2010 cup.

In December, one senior buyer suggested the World Cup had “set the bar” for pricing for the rest of the year, adding retailers had run three-for-£20 or slabs of beer for £10 for a “significant” number of weeks. While such deals had driven volume sales, The Grocer Top Products Survey (23 December 2014) revealed this had been at the expense of a value.

The off-trade boom also means total UK beer volumes are up year-on-year across a full calendar year for the first time since 2004.

This “startling turn around” followed two cuts in beer duty, said the BBPA.

“British beer is back in growth – and we want to keep it that way,” added BBPA chief executive Brigid Simmonds. “That is why another duty cut from the Chancellor is vital. It will build on the success of two very popular tax cuts in the past two years, and boost jobs in an industry that employs 900,000 people, almost half of whom are 16 to 24-year-olds.”