US proposes relaxation of beef and lamb import restrictions 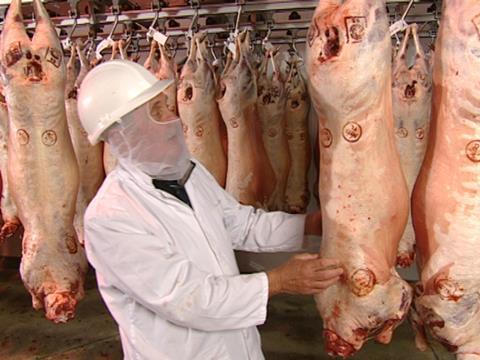 British beef and lamb could be back on American dinner plates by the start of next year after the US Department of Agriculture published proposals to relax import restrictions.

The USDA has launched a 60-day consultation to relax restrictions on British red meat, some 20 years after it was banned in the wake of the BSE crisis.

Relaxing import restrictions on British lamb could be worth £35m a year to the UK economy, said farming minister George Eustice, with beef exports to the US having the potential to add about £25m more to UK coffers.

The announcement, made by Eustice at the National Sheep Association’s annual show today (27 July) in Worcestershire, follows the submission of a 1,000-page dossier by Defra to the USDA in April, which detailed the progress in safety and quality made by the British beef and lamb sector.

“The US decision to press ahead with proposals to lift export restrictions on British lamb is great news for our farmers, who are one step closer to gaining access to the lucrative American market,” Eustice said.

“Our world-leading food and drink industry is a key part of our nation’s economic success and in addition to forging good trade deals with our European neighbours, we want to secure more export opportunities in the States as well as with our close friends in the Commonwealth and other countries around the world.”

The announcement was welcomed by NSA CEO Phil Stocker. “Increasing the number of export destinations for British sheepmeat is vital for our industry, ensuring there is demand for our quality product in as many markets as possible,” he said.

“It is very encouraging that the USA is interested in opening its doors. Lamb sales in the USA have dropped over the years, as a result of a falling domestic production base, and NSA would like to see British lamb exported and promoted to boost consumption. It could be a real opportunity for our sector.”

Reopening the US market would build confidence in the British livestock sector, added NFU livestock board chairman Charles Sercombe. “The US is potentially a huge and affluent market that has strong links to the UK as we share history and language.”