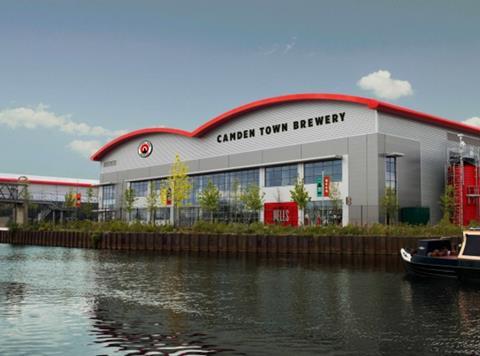 The 50,000+ sq ft site is poised to begin operating in July, and will produce approximately 400,000hl of Camden beer every year.

The property was designed to be entirely carbon neutral, featuring a solar panelled roof and an “energy efficient” brewing system, said Camden. “Along with a robust recycling ethos, every aspect of the brewery has been given thorough consideration,” it added.

Production of Camden’s core range, which includes Camden Hells, Camden Pale Ale, Gentleman’s Wit and Camden Pils Lager, will move to the new facility, while the company’s existing brewery in Kentish Town will be used as a testbed for NPD and collaboration beers.

“In particular, we are looking to secure employment and jobs in our borough and encourage residents to learn great trade for a great industry.”