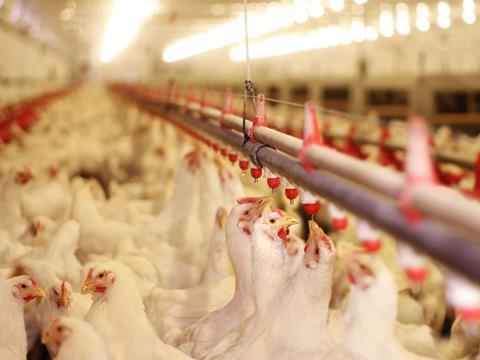 UK poultry buyers are likely to face higher prices over the coming months as a result of a tightening in global supplies.

A 5% drop in Chinese production this year and expected further falls next year, by between 10% and 15%, are among the main contributing factors in the expected price increase, according to Rabobank’s latest Poultry Quarterly report.

The tightened supply in China has been caused by a sharp reduction in chicken breeding stock shipments from the UK, France and the Netherlands, after it imposed import restrictions following 2015’s European bird flu outbreaks, says Rabobank animal protein senior analyst Nan-Dirk Mulder.

Supply is also looking sluggish in key poultry exporters such as the US and Brazil, due a combination of competition from other proteins, bad weather, high feed costs, poor growing conditions and the effects of the US avian flu outbreak.

Rabobank expects a gradual increase in global prices as a result, which Mulder describes as a “welcome improvement” in global conditions for poultry processors after a relatively weak first half of the year. The UK is likely to be relatively insulated from the increases in the short term, though tightened global supplies could ultimately push up prices for UK buyers too, Mulder adds.

“The UK imports 20% of its poultry meat, so a global price rise is bound to push up prices in the UK eventually,” Mulder says.

Uncertainty over Brexit could heap further pressure on prices over the coming months, he adds. “The UK is the biggest import market in the EU, representing £2bn of business each year, so any change to trade arrangements could affect these supplies to the UK and ultimately push prices up and force UK poultry processors to look elsewhere.”