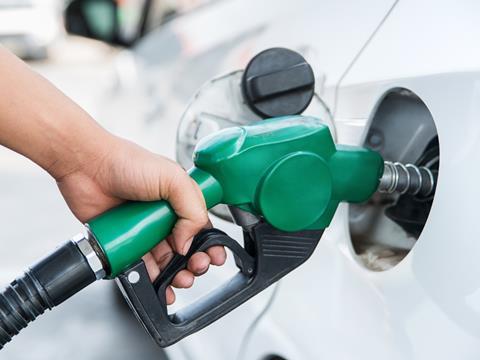 Motorists are paying on average 5.5p more for unleaded and 6p more per litre for diesel than they were in April

UK petrol prices have surged in the wake of President Trump’s decision to withdraw from the Iran nuclear deal.

Motorists are paying on average 5.5p more for unleaded and 6p more per litre for diesel than they were in April, according to the RAC, which noted crude oil prices had “rocketed” to over $80 a barrel after Trump announced his decision to pull out of the deal with Iran.

Prices for crude oil, which were already rising on the back of supply curbs, have since slipped back after Saudi Arabia and Russia discussed easing production cuts. However, they remain up 42% on 2017, according to Mintec analyst Prince Yawson, who warned prices could rise even more if the deal collapsed and participating nations reverted to implementing sanctions on Iran.

While shoppers are already feeling the pinch on the forecourts, however, the impact on other commodities is likely to be limited, says Rabobank analyst Cindy van Rijswick. Of Iran’s exports to the UK, the majority is fresh produce and just 3,691 tonnes of fruit & veg made its way to the UK from Iran last year [Eurostat]. “Vegetable imports are relatively small, and fresh fruit and nut imports have not increased over the past few years,” she says.

Though Iran runs a surplus in tomatoes, peppers, apples, peaches and lemons, produce trade did not flourish following the 2015 deal.

Overall, total exports to the UK were worth just under £55m to Iran last year, according to Mintec, with melons, nuts and dried fruit making up the majority of food trade. That’s a fall of 47% on 2016.