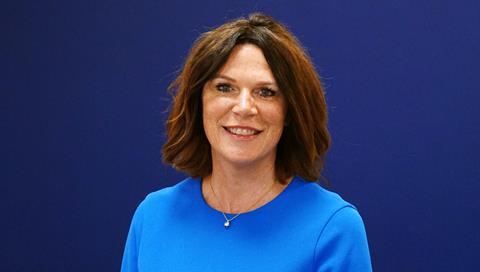 Debbie Robinson, Central England Co-op chief executive, will talk about what it means for the retailer to have a positive ethos

Central England Co-op is to join forces with the Co-op Party at this year’s Greenbelt Festival to raise awareness around food justice.

The retailer will back the party’s campaign to tackle the hunger that exists in the UK by encouraging festivalgoers to sign a petition to try to end the issue of food poverty.

The three-day arts, faith and justice event, at which Russell Brand, the Archbishop of Canterbury Justin Welby and singer Lucy Spraggan are due to appear, will host a special speech forum known as The Exchange.

Debbie Robinson, Central England Co-op chief executive, will talk about what it means for the retailer to have a positive ethos and why it is supporting the Co-op Party’s campaign.

“We will be appealing to all festivalgoers to back the petition by the Co-op Party aiming to enact change both nationally and locally and to play a part in helping restore common decency for all - something that starts with the fight for food justice and ensuring everyone can access good quality, affordable food,” she said.

“My message to everyone attending Greenbelt is simple. Come and see us at The Exchange, hear some great talks by people associated with our fantastic Society and sign the Co-op Party’s petition and help us achieve food justice.”

“We echo the words of Debbie Robinson and urge everyone in attendance to sign our petition and help make sure people do not go hungry.”

Other Central England Co-op speakers include corporate responsibility manager Hannah Gallimore and Simone Connolly, from FareShare East Midlands, who will discuss the collaboration between both organisations to tackle the issue of food waste and support those in need at the same time.

CEC board director Richard Bickle will look at the impact co-ops have on the British economy and what makes them unique and effective.

The event takes place between August 23 and 26 at Boughton House in Northamptonshire.