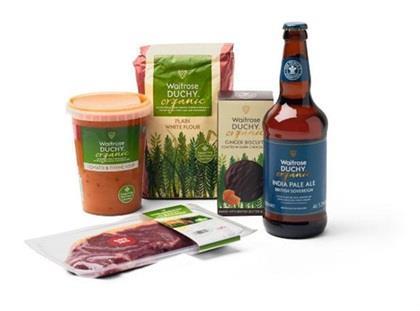 This brings the total Waitrose has donated to charities to £23m since it partnered with Duchy Originals in 2009.

It brings the total Waitrose has donated to charities to £23m since it partnered with Duchy Originals, as it was then named, in 2009.

The brand was established by Prince Charles 29 years ago.

Donations are given to the Prince of Wales’s Charitable Foundation and generated through the royalties Waitrose pays for exclusive rights to the Duchy Organic brand, following deductions for administrative expenses.

Causes the money goes towards include the Duchy Future Farming Programme, which helps farmers develop more sustainable farming practices, and the Prince’s Countryside Fund, which strives to secure a brighter future for those who live and work in the British countryside.

“The Waitrose Duchy Organic brand has had another great year at Waitrose, and we are delighted that sales have generated a record amount for charitable causes,” said Waitrose managing director Rob Collins.

The current range of Duchy Organic has more than 300 products, including bacon, dairy items, pasta, bread, fresh fruit & vegetables and beer. Its products are exported to over 30 countries worldwide, including Japan, the US, Australia and Taiwan.