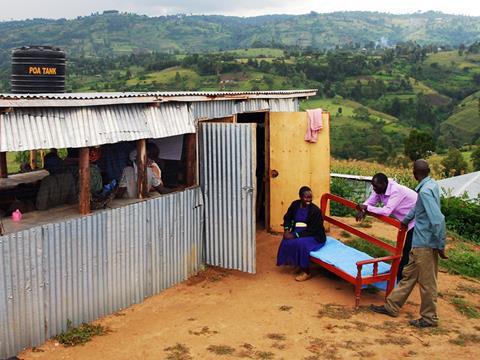 World leaders gathered in Germany this month to examine the impact of global warming on vulnerable communities need look no further than rural Kenya.

“Excessive rainfall has destroyed crops and so has frost,” says Penny Ruszczynski, head of corporate partnerships at the charity. “Many of the crops were also covered in blight, which occurs during very cold weather. Farmers had to stop planting in August and September.”

Previously this might have spelled disaster for both the farmers and the country. Many of its farms sit in the Trans Nzoia region, often known as the ‘bread basket’ of Kenya, home to much of the contry’s 17% of farmable land. Agriculture accounts for 26% of national GDP and employs over 80% of the Kenyan population, making it a vital industry.

But boosted by investment from Aldi, Farm Africa is now able to educate younger farmers in how to overcome such challenges via its Growing Futures project. “Growing Futures is about investing in communities and giving farmers the foundation skills needed to build a sustainable horticultural business and turn themselves into wealth creators,” says Oliver King, Aldi MD of corporate responsibility.

There is now a text messaging system in place to encourage farmers to pay close attention to weather forecasts. At Oloitokitok, a town in a semi-arid area of eastern Kenya, farmers are now successfully managing climate extremes. “The farmers from Trans Nzoia visited and looked at how raised vegetable beds can drain off excessive water and how crop diversification helps avoid loss from one crop,” Ruszczynski adds. “They’re also very careful to manage the crop during the dry season, minimising water use and irrigation expenses while helping maximise plant population for maximum yield production per kilo of seed planted.”

Farmers have done the least to cause climate change but are among the first to experience its adverse effects. Rainfall has been increasing across East Africa since 1960, with the attendant problems of flooding, while other areas get progressively more arid. By 2030 crop yields could be in freefall, says Farm Africa.

The Trans Nzoia project was launched in 2016 and provides 400 young farmers with training and technical assistance, helping them increase yields or change focus as well as access new markets. “Many of the people we work with were farming maize,” says project coordinator Mary Nyale. “Maize production takes about nine months and smaller farmers don’t make much. By contrast, French beans take just 45 days to grow, so you harvest them and have cash coming in.”

Growing Futures plans to expand to a further 2,000 young men and women in neighbouring county Elgeyo Marakwet, although there is a pressing need for more funds. From now until 14 January all donations will be doubled by the British government through its Aid Match scheme. To put this in context, just £6 will provide a farmer with a training session. For the farmers, for Kenya and for the food supply to the wider world, the stakes have never been higher.