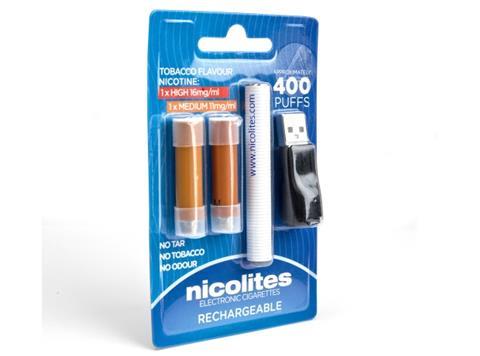 Birmingham-based Nicocigs, producer of the Nicolites brand, was founded in 2008 and says it distributes to more than 20,000 points of sale across the UK. Nicocigs holds a 27.3% share of the retail e-cigs market according to Nielsen data [YTD April 2014].

The acquisition gave PMI immediate access to - and a significant presence in - the growing e-vapor category in the UK, said Drago Azinovic, PMI president for the European Union region, adding the UK e-vapor category had an estimated retail value of $350m.

PMI announced the news yesterday at the start of a two-day investor meeting, where it also revealed it expected a 2% to 3% decline in total cigarette industry volume (excluding China and the US) in 2014, adding it was “cautiously optimistic” volume decreases would be closer to 1% to 2% the following year.

It also announced it was on the verge of leading a “paradigm shift” with the accelerated commercialisation of what it termed ‘Reduced-Risk Products’. These are products “in various stages of development for which it was conducting scientific studies to determine whether it can support claims of reduced exposure to harmful and potentially harmful constituents in smoke and ultimately claims of reduced disease risk when compared to smoking combustible cigarettes”.

PMI will begin testing a Reduced-Risk Product in cities in Italy and in Japan in the fourth quarter of 2014, and extend this nationally the following year. The company said it anticipated launching a proprietary e-cigarette in 2016 that it believed would provide “a nicotine delivery profile comparable to combustible cigarettes”.