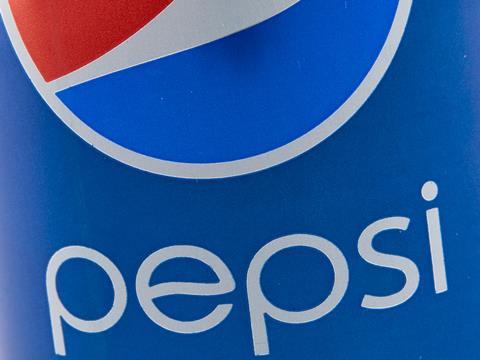 Companies including PepsiCo are pushing for a dramatic labelling makeover

Many of the world’s biggest food manufacturers have formed a taskforce to explore an overhaul of front-of-pack labelling in the EU, which would include colour-coded ‘green lights’ for products with reduced portion sizes.

Coca-Cola, Mars, Mondelez, Nestlé, PepsiCo and Unilever have joined forces to push for a dramatic makeover of the existing traffic light hybrid scheme, which will point consumers to food and drink that comes in smaller portions.

The companies said they wanted the moves to be part of a “consistent and single nutrition labelling scheme across Europe”, which would be in compliance with existing EU regulations based on reference intakes.

However, the taskforce will specifically look at how the UK’s existing model can now incorporate portion sizes on front of pack, alongside colour coding for sugar, fat and salt content.

“Consumers around the world have told us they want straightforward, accessible information about what they are drinking,” added Dan Sayre, president of The Coca-Cola Company in Europe.

“We believe that this and the other actions we are taking, such as reformulation and innovation, will help more people make the right decisions for them and their families”.

However, the move was slammed by Which? director of campaigns and communications Vickie Sheriff who argued that “these food manufacturers should commit to the existing UK traffic light labelling scheme that is already used by many companies, rather than inventing a new one that is potentially confusing. The current scheme makes it easy for consumers to simply compare the fat, sugar and salt levels across all products.”

Malcolm Clark, director of the Children’s Food Campaign, added: “We have the hybrid traffic light labelling system in this country for a reason - it was drawn up with consumers’ interests foremost, is supported by public health and academic experts, and is recommended by the government. Rather than trying to get favourable press headlines for their own version, companies should be putting traffic lights on the front of all their products and also promoting Public Health England’s ‘Food Smart’ app.”

The move comes with Public Health England preparing to launch new sugar reduction targets across nine key sectors in the next few weeks.

Last month in an exclusive interview with The Grocer, PHE director of diet and obesity Alison Tedstone said products including chocolate bars, confectionery, and cakes and biscuits would all have to shrink if the industry was to achieve government targets of a 20% reduction in sugar by 2020.