Posh retailers to be hardest hit by the sugar levy 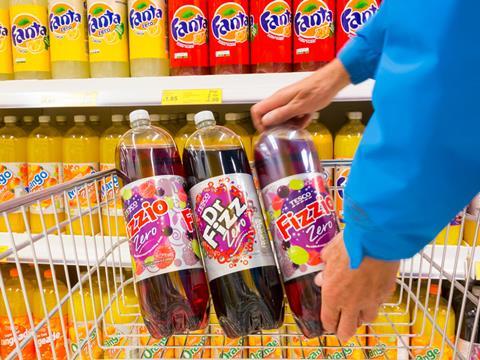 Premium retailers Waitrose and Ocado are set to have the largest proportion of own-label products in the firing line of George Osborne’s sugar levy, exclusive research for The Grocer has revealed.

Despite the levy being billed by some as ‘a tax on the poor’, the research by Brand View – which examined the impact of the levy across all the major supermarkets – shows the two high-end grocers would have a much higher percentage of their drinks caught by the levy than their rivals.

Based on listings from 22 March, a whopping 62.7% of the own-label fizzy drinks and energy drinks offered on the Waitrose website would be taxed, with nearly half (46.8%) coming under the higher 24p per litre band. Ocado, which stocks many Waitrose soft drinks, would see almost 60% of its range taxed, with 43% at the higher rate.

Ocado would also see the greatest hike in prices as a result of the levy, with Brand View data predicting its prices would shoot up by more than a quarter (25.7%) if it were to pass on the tax to consumers.

The research also shows that despite its sugar reduction efforts, Tesco stands to have a higher proportion of own-label products hit by the levy than rivals Asda and Sainsbury’s. More than half of the retailer’s soft drinks would be hit by the tax, with 43% in the higher bracket as listings stand.

Of the major mults, Morrisons would see the smallest proportion of products hit, at 44%.

Last week, The Grocer revealed consumers face price hikes of more than 15% on flagship Coca-Cola and PepsiCo products, but this week’s research shows the impact will be much greater for own-label cola ranges. Morrisons own-label cola would see the greatest price hike, up a massive 88.9%, just ahead of Tesco (87.3%).

The biggest increase overall would be on a 2-litre bottle of Tesco Cloudy Lemonade, which would more than double in price, from 40p to 88p. Brand View analyst Chris Elliott suggested the impact on own-label prices could lead to an acceleration of the range resets being carried out at supermarkets.

Brits back tax but sugar awareness is low

Public support for the sugar tax has gained serious momentum in the past year, a poll for The Grocer has revealed.

Fifty six per cent of Brits support George Osborne’s levy, up from 45% who supported a sugar tax a year ago, according to a poll of 2,028 consumers by Harris Interactive.

However, whether the levy would deter shoppers from buying high-sugar pop is another question: nearly half would not be discouraged even if retail prices went up by 15%, the poll suggests.

Shoppers appear particularly confused about Coke Life, the stevia variant launched in 2014, now with 45% less sugar than Coke. Sixteen per cent believe it contains no sugar; 17% think it has the same as standard Coke.