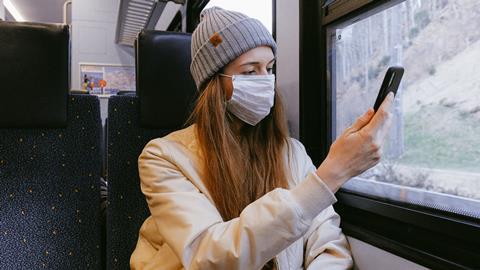 What has happened to consumer confidence since lockdown began?

Having prompted unprecedented lockdowns across the world, the coronavirus crisis has inflicted some serious economic damage. So as we look towards a further easing of restrictions in the UK, what has happened to consumer confidence? And what could that mean for future spending?

When it comes to the prospect of economic recovery after Covid-19, shoppers in the UK have a more pessimistic outlook than those in the US and China, according to a recent consumer survey by McKinsey & Company.

In the UK, less than a fifth (18%) of those surveyed by the management consultancy firm were optimistic the economy would rebound within two to three months and grow just as strong or stronger than before Covid-19. Almost a quarter (24%), meanwhile, believed Covid-19 would have a long-lasting impact on the economy and show regression / fall into lengthy recession, while 58% were unsure – believing the economy would be impacted for six to 12 months and either stagnate or grow slowly afterwards.

In comparison, over half of respondents in China (52%) held an optimistic view, compared to just 4% with a pessimistic outlook, found McKinsey research - which surveyed around 1,000 consumers in each country. Similarly, in the US consumers were more optimistic than pessimistic (36% vs 16%).

McKinsey’s findings tally with the GFK UK Consumer Confidence Index, which fell to -34 in April 2020, just five points above the historic low of -39 in July 2008, according to the HIM & MCA Insight UK Recovery Report 2020. “After the 2008 recession, it took until 2015 for consumer confidence to return to positive figures,” it notes.

Within the UK, optimism in future economic recovery varies significantly between different age groups, the McKinsey research shows. While over half of respondents in all age groups were unsure what the future might hold, gen X were most likely to have a pessimistic outlook (33%), while millennials were most likely to be optimistic about the UK’s chance of a speedy recovery (25%).

Confidence in the UK’s economic recovery didn’t change a huge amount based on what people earned, the survey suggests, with around a quarter of respondents across all the different income bands holding a pessimistic outlook. However, those earning £85k+ were most likely to have an optimistic outlook (24%).

“As the furlough is reduced these figures might worsen,” says Jessica Moulton, senior partner at McKinsey. “We’re likely to find consumers becoming even more price sensitive than they are right now.”

Additionally, the Bank of England has slashed interest rates to a historic low of 0.1% to address the coronavirus crisis, notes the Recovery Report.

“Cheapening borrowing costs is a short-term crisis reaction to stimulate the economy, however it will have a detrimental impact on personal savings, leaving consumers more likely to tighten purse strings and be mindful of spending,” it says.

UK consumers have already been affected by coronavirus in a multitude of different ways, the McKinsey research shows.

As a result, 38% of UK respondents strongly agreed they would have to be very careful with how they spent their money – while 40% warned they would definitely be cutting back on their spending in the future.

Still, the foodservice market is likely to bear the brunt of any downturn in consumer spending. With plans for the reopening of hospitality still uncertain, the Recovery Report estimates the total eating-out market could decline by between 60% and as much as 70% in the full year to December 2020.

Even once eating-out establishments are allowed to reopen, more people will be working from home and travelling less, which will result in reduced food-to-go sales, it notes. “Up to two thirds of workers have worked from home throughout the lockdown period and with systems now in place, working from home is likely to become a more regular occurrence for workers across the UK.”

That might benefit the grocery retail market, with “consumers likely to rely on groceries bought already in the home”, it adds.

Indeed, Kantar predicts extra meals, snacks and drinks consumed at home will mean take-home sales at supermarkets could be up by 12% over the course of 2020 as a whole.