Convenient Christmas: how indies can make the most of the festive season 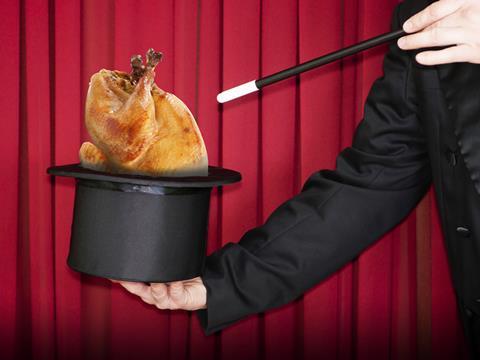 It might sit at the back of the cupboard for most of the year, but a big glass of Baileys is always popular at Christmas. According to Nielsen, the 12 weeks leading up to Christmas sees Baileys enjoy the highest shopper penetration of any spirits brand on the market, a clear indication that convenience stores should have plenty out back at Christmas.

Millward Brown also says 6.5 million people knocked back a Baileys in December in 2014, and with new flavours and bottle sizes on shelves now, there is nothing to suggest the nation won’t get giddy all over again.

But Baileys isn’t taking anything for granted in 2015, splashing out £4.3m on an above the line TV ad campaign, and it’s also provided hundreds of convenience stores with new counter top units that house 20cl bottles of Baileys, as well as new PoS materials.

Convenience stores don’t care about Christmas. Seriously. While the major multiples are as excited by and prepared for the opportunity as every child in the land, less than half the independent retailers questioned for The Grocer by Cheetham Bell has any sort of strategy in place to capitalise on the festive season (see this month’s barometer).

It’s not the only bombshell in this month’s survey. Less than a quarter of respondents consider Christmas to be “very important” to their business. The vast majority say they only expect a sales uplift of 10% over the seasonal period. And a whopping 92% have no plans to extend their opening hours.

“That’s shocking,” says Susan Connolly, business development manager for Connolly Spar, which operates four stores. “That’s just crazy. I look at what The Co-op is doing and open up our stores for an hour either side. Same with Tesco. Whatever the major multiples can do, we can do better. All four of our stores look at what the mults are doing and then we compete.”

So even if they aren’t yet whipped up with festive spirit, what can c-stores that want to take advantage of Christmas this year do to make it happen? How can they shake up their ranges to ensure they come to the rescue of seasonal shoppers in a last-minute panic?

And as for that Scrooge-like 10% seasonal uptick, does it explain the reluctance shown by the majority of indies polled to get involved in a big way? Or is it so low because they simply aren’t up for having a crack at Christmas?

Nisa retailer Paul Cheema suggests the lack of excitement is part of a general malaise running through indie retail. “It’s a little bit doom and gloom out there,” he says. “The discounters are a problem, but our biggest is Costco” (Cheema has two in close proximity to two of his three stores).

But Connolly argues that it’s “obviously the latter”. “C-stores are supposed to be community stores, but half of them are going to be shut when they are needed most, for those last little bits on Christmas Eve or on Boxing Day.”

Two of the Connolly Spar stores are “actually going to be open on Christmas Day because there is a need for it and the mults can’t open,” she adds.

“The fact is, Christmas Day is the true day to cash in on. We opened last year for four hours and we took as much money over those four hours as we take on a full normal day. So this year we are opening two stores.”

She says grateful customers snapped up alcohol, cigarettes and “other knick-knacks”. Transactions even included people buying electricity on their keys (“imagine what they would do if we weren’t open!”).

However, Cheema, who runs three stores and employs 60 people, won’t be increasing opening hours over the season, or opening on Christmas Day.

“We’ve had a conversation about it with staff, and concluded it’s a day we should be closed. I understand its a great day to cash in, but you’re only going to dilute it from Christmas Eve, which is manic.”

An alternative theory on those low 10% sales uplifts is that seasonal trade can be “very area dependent” for a c-store, says James Brundle from Eat 17, which operates two award-winning convenience stores in East London. “That 10% figure does seem on the low side, especially in the run-up to Christmas,” he says. “But y You may be located somewhere where the local community travel to their families over the Christmas period. So towards the end of December and early January can be one of their quietest times.”

However, he adds that if that factor isn’t an issue, “some areas can really thrive”.

And even if he is feeling a little gloomy, Cheema already has plans for the Christmas period underway.

“As soon as you walk in it’s straight into gifting,” he says. “Then, rather than a promotional bay, you’ve got Christmas cards, three metres of seasonal confectionery, and spirits at the front of the store. We wouldn’t have done that before, but the supermarkets have, so now we have to.”

As well as bread, milk and booze, local convenience stores can come to the rescue of panicked shoppers by stocking up on these emergency items:

As for the new kids on the convenience block, My Local marketing manager Kate Harding says its ranging strategy for Christmas will focus on relevant top up and canny promotions, courtesy of a “new range of seasonal food-to-go and chilled products from Nisa, including party food, cream and brandy butter”.

It will also offer “quick and easy meal solutions” aimed at seasonal situations “like Christmas Eve, when you just want your favourite home comforts, or the night before the big drive to visit the family”.

Even if you don’t keep cranberry sauce all year round “swap it in at Christmas,” says Connolly, who also emphasises the profitable potential of cross-merchandising products at a time when people are in the mood to spend on themselves, or others. “It’s offering a complete solution,” she explains.

“Put peanuts in the fridge with beer, put Bisto and Paxo in the fridge with the chicken, put wine gift bags next to the wine. Customers can grab a bottle of wine, grab a sparkly bag to turn it into a present, and your margin is in the gift bag. Also, put higher-margin impulse buys on clip strips”.

“If you are going to be offering exactly the same lines as the mults it may be difficult. We like to have a mix of offers and things that aren’t so readily available in the supermarkets. Offering different and more specialist lines is a good way to play to your strengths as a smaller operator.”

That can include reclaiming products that were “traditionally the territory of the independent deli,” says Lee Holdstock from the Soil Association. “Like panettone, or stollen. Increasingly the multiples have latched on to those, so this is a real opportunity for indies to show off that they have these products and that they have a higher-quality offer.”

“We know price can be a barrier with organic products in particular, but often that barrier is a communication issue. Indies are well placed in that respect, because they can communicate far more personally with customers than the multiples. can because s S shopping with an independent is a far more personal experience. Plus shoppers are less price sensitive at Christmas so are willing to spend more. So it’s a really good opportunity for small retailers to capitalise. And the fact that organic is back in growth, up 5.7% in independent stores last year, suggests demand is there.”

Away from food, this year Spar has also introduced a toy range for symbol members. “It’s not fantastic quality but it’s perfect for a little present to take into school or for stocking fillers,” says Connolly. “It’s all below £5 and we make a 45% margin. And we have little adult gifting sets like a little bottle of Blossom Hill with a wine glass and chocolates for £5. That’s as good as Tesco.”

In terms of promotional activity, Brundle says Eat 17 “always do nice displays and the store is packed with goods over November and December. We always try and offer things that you would expect to find in delis along with the strong promotional activity we run.”

As for Connolly, she added a butcher concession to her store last year and, as a result, says shoppers can “get their complete Christmas in our store this year” including a fresh turkey, bacon, chipolatas and more.

To drive sales, she has printed 2,000 catalogues and will distribute them to “every house in Pewsey. I based it on Tesco’s catalogue. In terms of independent stores I don’t know anyone else that does it. We put order forms in there, so customers can pre-order anything they want and we will deliver it whenever they want.”

As for in-store, “signpost the occasion using festive lines, great offers and POS,” adds Harding. “Only then will your customers know you even stock them. And it means they will remember where to come for their top up essentials.”