One Stop Franchise joins up to Rural Shops Alliance 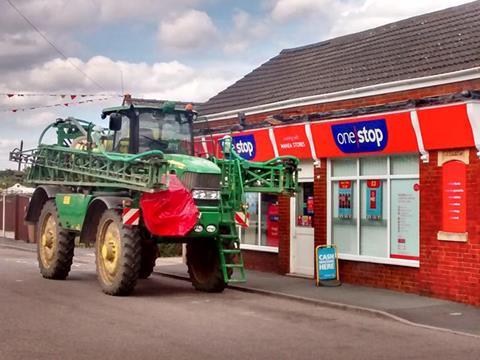 One Stop Franchise has joined the Rural Shops Alliance (RSA).

The new partnership will add One Stop’s support to the RSA’s campaigns on behalf of rural retailers.

One Stop Franchise has 112 stores, with a further three scheduled to open this week. A further 30 are in the pipeline.

Most One Stop stores are urban but Andrew King, the group’s franchise director, said: “We have a number of rural franchisees. We felt it [RSA membership] might help and it reaches out to potential opportunities for us because the model is working well in rural locations.”

King said he was not thinking about a specific number of rural stores long term, but “there might be a lot that might be interested in joining.

“As our franchise estate grows, we’re seeing a more diverse base of retailers. Whilst they are still predominantly in neighbourhood locations, both city centre and rurally located stores are also benefiting from joining One Stop.”

King said it was important One Stop Franchise recognised the different needs of these stores and the vital service they provided in their communities.

“Joining RSA will help our understanding and expand the support we can provide. We look forward to working with the RSA and ensuring that rural retailers have a sustainable future,” said King.

Trevor West, chairman of the RSA, said One Stop had succeeded in recruiting “a small, but increasing, number” of rural stores.

“Their support will undoubtedly strengthen our voice in putting the interests of rural retailers forward to government and making sure that their interests are properly taken into account when deciding policy.”

It seems unlikely that the wider One Stop group, which totals more than 770 neighbourhood stores across Great Britain, will also join the RSA. King said: “While the company, franchise and company-operated stores are members of the ACS, this is very much about the opportunity for franchisees.”