M&S vs Waitrose: Which is Better Value? A predictable Channel 5 battle 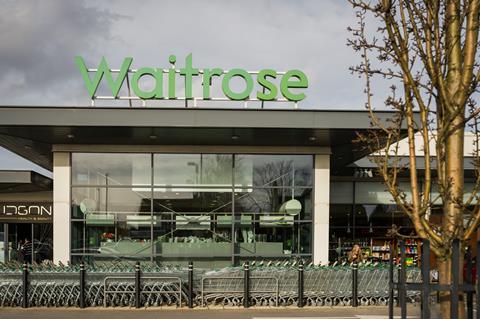 The ‘Waitrose effect’: when a property is worth significantly more due to its proximity to a store

Two jaded British institutions going head to head, desperately competing for your approval. No, not the election but Channel 5 documentary M&S vs Waitrose: Which is Better Value? (November 14, 9pm).

The middle-class mults are “at war” for the “posh pound”. And the battle has heated up in recent years as they expand into one another’s territories and navigate tougher business conditions.

As is now standard for supermarket shows, we met some slightly eccentric brand loyalists who just couldn’t imagine shopping anywhere else. There was also a sequence in which an estate agent showed us around two similar houses to demonstrate the ‘Waitrose effect’: one being worth significantly more due to its proximity to a store, and definitely not any other factors.

Via experts and former employees, we learnt how the stores introduced the country to avocados, chicken kievs, houmous, sushi and other ‘Margo and Jerry’ products. Both too have tried to attract bargain hunters with budget ranges and meal deals.

How have the two differentiated themselves? Waitrose has its royal connections, M&S has Percy Pigs. So far so samey. Even a basket price comparison found only 35p difference. Might Ocado - which recently dropped Waitrose lines for M&S - prove the kingmaker in this “brutal and bloody” fight?

Sadly, we didn’t find the answer in this punch-pulling programme - which offered the somewhat predictable conclusion that “the decades-old rivalry looks set to rage on”.