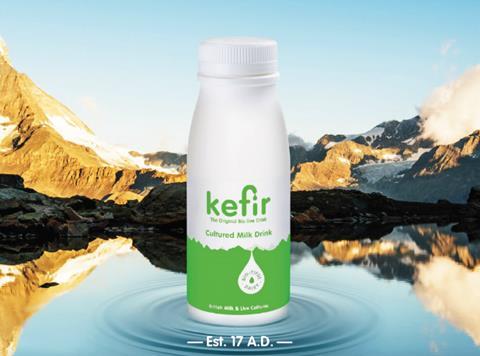 The Advertising Standards Authority has rapped kefir brand Bio-tiful Dairy over health claims made in a London Underground poster campaign.

The poster, which appeared on the Tube in May, stated: ‘Bio-tiful Dairy’s 2,000 year old secret to better digestion… Long ago, the people of the Caucasus Mountains discovered a miracle drink that naturally boosted digestion and immunity. They called it Kefir which means ‘long life’. They loved it so much that they kept it secret for 2000 years. Then we came along. You’re welcome.’

The watchdog challenged the probiotic drink advert’s ‘secret to better digestion’ and ‘naturally boosted digestion and immunity’ assertions, which were not permitted under EU rules unless they were accompanied by “a specific authorised health claim”.

Consumers would understand the claims to mean the product would improve the functioning of their digestive and immune systems, the ASA said. It added: “The advertiser had also not provided evidence which demonstrated that their product met the conditions of use associated with any of the authorised health claims.”

The ASA also considered that, in the context of the ad and particularly the surrounding health claims, consumers would understand ‘long life’ to mean the product had general benefits for overall good health and health-related wellbeing, “regardless of whether the claim that ‘kefir’ meant ‘long life’ was factually accurate or not”.

That claim should therefore have been accompanied by a specific authorised health claim, it said, and upheld the complaint.

The brand said it had “worked closely with the ASA to respond to the complaint” and was “investing in minor changes to the current ad”.