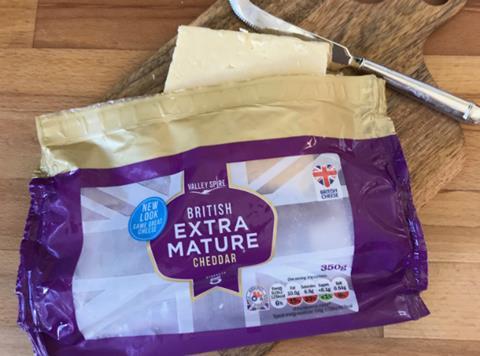 Northern Ireland-based dairy co-op Dale Farm has secured a major contract to supply own label cheddar cheese to Lidl stores in the UK, Europe and the US.

The deal strengthens an existing supply relationship between Dale Farm and Lidl, and will see the supplier become Lidl’s main global cheddar partner, the discounter said.

Its block cheddars, grated and sliced varieties will be stocked in around 8,000 stores across 22 countries. Lidl would also become Dale Farm’s largest cheddar customer as part of the arrangement, the value of which is undisclosed.

The supplier’s cheese will be available under the Rathdaragh brand in Ireland, the Valley Spire and Milbona brands in the UK and Europe, and Preferred Selection in the US.

“The scale of this contract is testament to the high standard of the milk our farmer owners provide us with to consistently create world class cheddar cheese,” he added. “It also demonstrates the continuing strength and sustainability of our farmer-owned co-operative business model.”

Dale Farm’s export capabilities were also a factor in agreeing the deal, said Lidl’s Ireland and Northern Ireland commercial director Liam Casey, while the agreement was described as a coup for the supplier by Lidl’s Northern Ireland director Conor Boyle, and would allow the retailer to “introduce and showcase this stunningly good Northern Ireland product to our customers around the world”, he said.