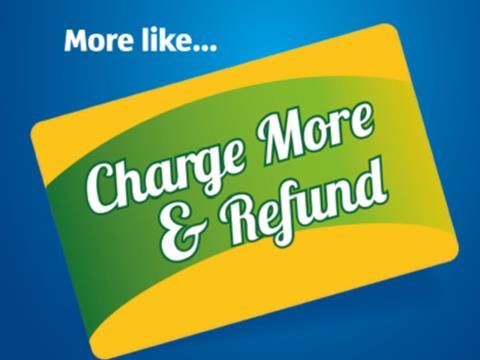 “More like charge more and refund,” read one Aldi ad

A follow-up ad then stated: “We believe that Morrisons’ loyalty scheme could have been a name that actually explains what it offers. Just a thought. We don’t price match. We price lead.”

However, a Morrisons spokesman suggested Aldi was rattled by its new scheme.

“We’re pleased that Aldi are so wowed by Match & More that they’ve taken out full-page ads to tell everyone about it,” he said.

“Unlike Aldi, who are offering shoppers their opinion through newspaper ads, we’re letting [customers] judge for themselves how good Match & More is.”