Aldi makes debut in dine in for two battle 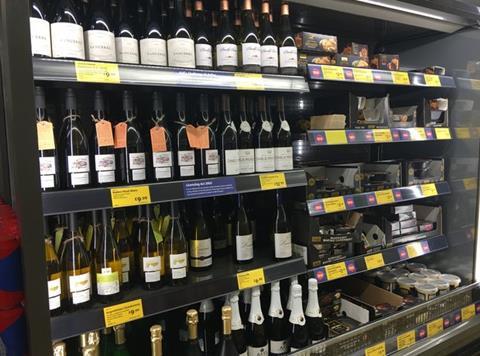 Aldi looks set to open another front in the price war by moving into the dine in for two market.

The dine in for £10 deal has been a staple of the grocery market since being introduced by M&S in 2008, but now Aldi is offering shoppers a chance to pick up a main meal, side dish, dessert and drink for less than £8.

Currently only available in Aldi’s smallest store in Tooting, the range is merchandised together for a mix and match, meal for tonight mission, in chillers at the end of an ambient aisle.

If a customer purchases the moussaka, dauphinoise, custard and Buck’s Fizz, that comes to a total of £7.96.

Merchandised alongside are more expensive items complementing the dine in offer.

Aldi has denied the new range and merchandising is a trial for rollout to other stores and told The Grocer the idea was created and implemented by the local store manager.

The Aldi move comes just two weeks after Morrisons launched its first ever dine in for two for £10 deal. Morrisons said it ran the promotion as a way of introducing customers to its relaunched The Best premium own-label range.

The deal ran for a four-day period from 19 October and the retailer said it was taken up by 27,000 shoppers, leading to a 41% increase in sales of The Best products that were featured.

Speaking this week as Morrisons posted a 1.6% increase in like-for-like sales for the 13 weeks to 30 October, CEO David Potts said it was likely to do it again later this month. “Our customers liked it, they bought it and we are going to do it again,” he explained.

Potts also said Morrisons had learned from the promotion and would be making changes in time for this month’s offer. These included running the deal for seven days rather than four and adding coffee to the drinks options of wine and soft drinks.

M&S, Asda, Tesco and Waitrose still run dine in for two deals as part of their promotional repertoire. However Sainsbury’s has phased them out as part of its decision to ditch multibuy offers.