Can Stelios achieve lift-off with the EasyFood concept? 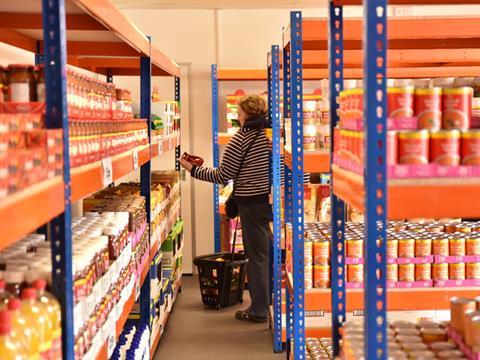 3 February 2016: Store ­temporarily closes due to lack of stock

If EasyJet founder Sir Stelios Haji-Ioannou didn’t know it already, he will now - there is nothing easy about grocery retailing.

His first foray into selling food, EasyFoodstore, opened its first shop in Park Royal, north-west London on Monday without any fanfare but had to shut its doors, temporarily, on Wednesday after it exhausted its stocks from wholesalers Bestway and Booker.

The ‘everything for 25p’ opening offer and the widespread press coverage had shoppers flocking to the 750 sq ft store in their droves and after just two-and-a-half days of trading the shelves had been stripped bare. With no immediate possibility of more stock before Friday morning, the store closed.

The dramatic events of the first few days are a microcosm of the whole venture and leaves more questions than answers over what the future will be for EasyFoodstore. How serious is Sir Stelios about challenging the likes of Aldi and Lidl? Do shoppers want this kind of no-frills retailing? Is it scalable? And can it make money?

The first question is relatively easy to answer. It would seem the entrepreneur is committed to the project - it is well known that tackling food poverty is a major personal mission and the fact he first announced plans to go into food retail date back to 2013 clearly show a determination to get it off the ground.

As for whether there is a gap in the market - the reaction of shoppers to the 25p deal shows there is certainly an appetite for a bargain in these uncertain economic times, but this is only a month-long deal and the proof of the pudding will come when prices increase to what will be their normal levels.

Richard Shackleton, EasyGroup’s director of communications, admits the pricing model has not yet been set in stone but hinted there may be a 50p maximum.

Indeed, while Shackleton also said the plan was to continue with the 25p policy for the rest of the month, this could well be reviewed if EasyFood can’t keep the shelves full. “We will have to see how much of this has been first and second-day excitement and whether it will die down a little,” he says.

When Aldi, Lidl and Netto first arrived in the UK, their stores were widely described as no-frills, but EasyFood takes the concept to a new level entirely. The sign above the door reads ‘EasyFoodstore - No expensive brands, just food honestly priced’, and that certainly gives a clue as to what you will find inside. There are 20 shelves, one chest freezer and a fridge - selling a grand total of 76 lines made up of Bestway’s Best-in own label and Happy Shopper and Euro Shopper from Booker. There are canned goods, cereals, dried pasta, sugar and flour as well as frozen chips and soft drinks. There are no fresh lines and the store has two staff working in-store. There is no sign of any staff uniform.

It is clearly a bit of a suck-it- and-see approach. The Grocer understands there is no particular partnership agreement with either of the wholesale suppliers and that it is buying at exactly the same price as any other Booker or Bestway customer.

“You have to give them credit,” says Booker chief executive Charles Wilson. “They understand value and now they have entered the food market, we will see where they go. From our point of view, we have certainly had massive attention on our Euro Shopper and Happy Shopper ranges this week.”

Also of interest is the location. The store is in Park Royal on a busy road just off the Hanger Lane gyratory. There is limited parking outside the store, which is at least a 10-minute walk from the nearest residential area.

The group had originally planned to open its first store in Croydon, but in 2014 it failed to secure the requisite planning permission. The Park Royal store has taken over some of the premises of EasyBus House, which clearly gives it an advantage when it comes to shelling out on rent - one of the biggest overheads facing most grocery retailers. This is a telling point: there is clearly an element of social enterprise at play here.

‘We want to make money’

Shackleton says the business is being pitched at people who struggle to make ends meet and those who often feel the need to resort to food banks but who aren’t always given access to them. “But we want to make money out of this,” he insists.

How EasyFood can do this should it open further stores, with all the costs involved such as looking for and acquiring sites as well as business rates and rents, is hard to see.

Then again, experts were saying the same thing when Stelios helped revolutionise the airline market, but as any CEO of a big four supermarket will tell you, grocery has been going through the same sort of seismic shift for the past five years with the rise of Aldi and Lidl.

“EasyFoodstore is another conceptual dead end in the never-ending effort of undercutting Aldi and Lidl on price,” says discounter expert Thomas Roeb, a professor at Germany’s Bonn Rhein-Sieg University and former Aldi ­manager.

“At Aldi, roughly 80% of sales are cost of goods sold, 15% operational expenses and 5% EBIT. EasyFood tries to work on those 15% by having a simpler store, but due to minuscule volumes it will never beat Aldi or Lidl on the 80%. Even on those 15% they won’t beat Aldi, because it has much higher sales per sq ft. Sorry for EasyFood, but that bird’s never going to fly.”