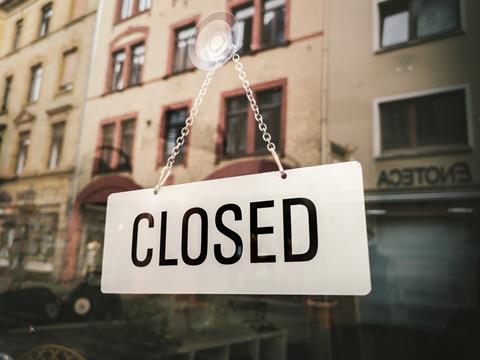 UK streets were left silent in April under the government-imposed lockdown to prevent the spread of coronavirus.

Total footfall in the four weeks between April 5 and May 2 was down 84.7%, a “record decline” for the industry, according to the BRC-Shoppertrack footfall monitor.

Shopping centres were impacted most, with footfall dropping 87.8% year-on-year, as social distancing measures were “more of a challenge” due to their enclosed spaces.

Footfall on high streets declined by 81.8%, faring better than shopping centres as local convenience stores saw a rise in popularity.

“As expected, lockdown has dramatically cut footfall traffic across retail locations, with the majority of physical stores closed to the public. The fall has been slightly less dramatic in retail parks where a high proportion of supermarkets and other essential stores have remained open, slightly mitigating the overall reduction in footfall,” BRC CEO Helen Dickinson said.

“With lower footfall likely to continue, along with a corresponding fall in sales, and with demand likely to remain low, many retailers will not return to normal trading for some time, even when they are allowed to reopen.

“We will see an acceleration of many trends seen prior to the coronavirus pandemic – lower footfall as many consumers choose to browse digitally, and a corresponding rise in online sales.”

The changes would require retailers to adapt quickly to meet the needs of modern consumers and deal with the challenges of the pandemic, Dickinson added.

Shopping centre owner Intu (INTU) has continued to hold discussions with its lenders and key stakeholders regarding a waiver of certain potential breaches in respect of a revolving credit facility.

The company noted that “significant market uncertainty” remained regarding the impact of the coronavirus pandemic on its operations, since, with the exception of essential stores, all other shops at its centres remain semi-closed until at least June 2020.

“The resulting impact on rental collections and valuations at the end of June is likely to result in breaches of covenants or material liquidity requirements if any such breaches are to be cured in accordance with the financing documents at that time,” Intu explained.

“Intu believes that in order to provide a stable environment in which to address this situation, standstill-based agreements with relevant financial stakeholders across its structures, at both the asset and the group level, are the best course of action and its primary focus to maximise value.”

The company said it believed the best way forward was ”achieving stability through such a standstill until the market dislocation has stabilised”, at which point, there will be an opportunity to explore alternative capital structures and solutions and disposals to ultimately fix the balance sheet.

On Tuesday, both Greencore (GNC) and Imperial Brands (IMB) are due to publish their interim results while Restaurant Group (RTN) holds its annual general meeting.

Wednesday sees the publication of Marks & Spencer (MKS) final results, while on Thursday both Tate & Lyle (TATE) and Pets at Home (PETS) reveal their results for the past year and Hilton Food Group (HFG) holds its AGM.