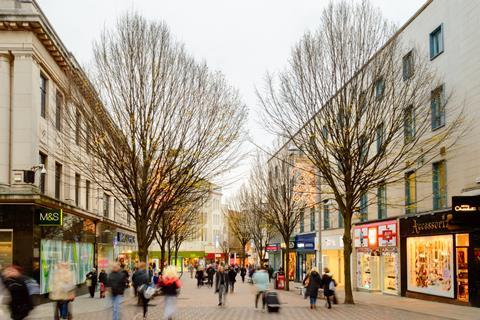 UK retail sales picked up in November, as consumers put Brexit concerns aside in the wake of a further delay.

On a total basis, adjusted for the later timing of Black Friday, sales rose 0.9% in the four weeks to 23 November, according to figures from the BRC-KPMG retail sales monitor.

Without the Black Friday adjustment, sales dropped 4.4% as shoppers held off spending to take advantage of the discounts to come.

“Once the figures are adjusted to take account of the timing of Black Friday, growth appears stronger in November than in previous months,” said BRC CEO Helen Dickinson.

“Shoppers appeared ready to take advantage of the great bargains available, both online and on the high street. Furthermore, as the spectre of a No Deal Brexit has been pushed back to after Christmas, consumers were more prepared to open their wallets to a little extra festive spending.”

Dickinson urged the upcoming new Government to “hit the ground running” and protect the healthy levels of retail spending by ensuring “frictionless, tariff-free trade” is at the top of their new agenda.

Non-food retail sales were down 4.3% in the same three-month period on a like-for-like basis, and 4.1% on a total basis.

IGD CEO Susan Barratt said: “Food and grocery sales saw a continued slowdown in November and it is unclear if it will pick back up as the festive season approaches.

“Shoppers’ financial confidence remains subdued, with a slight improvement recently as the focus moves away from Brexit to Christmas.

“Environmental considerations and saving money look to be front of mind this year, with 71% of shoppers intending to reduce the environmental impact of their grocery shopping this season and the spend on the Christmas day main meal expected to be down by £2 per person. Retailers therefore have an opportunity to provide shoppers with the best value products while maintaining the quality and sustainability they desire.”

The FTSE 100 ended the first day of the week in the red, falling 0.8% to 7,285.94pts as markets worldwide were hit by a fresh round of tariffs imposed by US President Donald Trump on steel and aluminium imports from Brazil and Argentina.