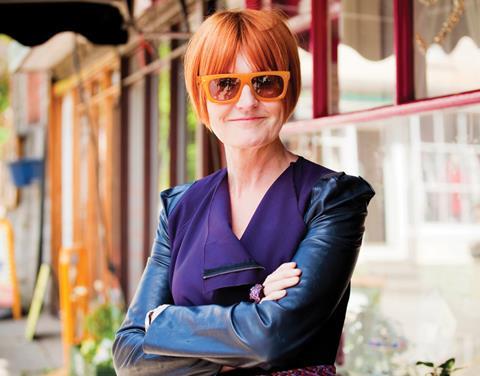 Mary Portas has urged the chancellor to freeze business rates

Former high street tsar Mary Portas has urged the chancellor to freeze business rates, to save retailers from the impact of a £1.15bn rise in taxes next April.

Speaking ahead of tomorrow’s Budget, Portas, who was an adviser to former prime minister David Cameron, said she feared measures proposed to date would be “too little too late” to save independent traders.

Portas said Philip Hammond needed to do more than limit inflationary rises to the lower CPI measure of inflation, a move the government is planning from 2020.

The ‘Queen of Shops’, who recommended switching from the RPI measure in her vision for saving the high street six years ago this month, said it would not go far enough towards averting a crisis of further closures.

“It’s imperative that government seriously considers freezing business rates so that our independent retailers have a fighting chance of survival in today’s shaky and volatile market,” she said.

Business rates bills from 1 April next year are set to rise by £1.15bn in England, with the ONS having reported the Retail Prices Index (RPI) for September at 3.9%.

Britain’s biggest ratings advisory Altus Group said that even if Hammond was to offer business an “olive branch” and limit rates rises next year to 3% (the CPI rate), it would still drive revenue receipts up by £884m, with the retail sector shouldering £226m of the burden.

Figures revealed by the company show that during the first five months of the year since the revaluation, which saw rateable values across the country rise by 9%, more than 80,000 business premises liable for business rates have already been hauled before a magistrate for non-payment of their business rates. Altus says this is “criminalising struggling firms”,

Under the Freedom of Information Act, all councils were asked to provide details of how many businesses had been summonsed between 1 April 2017 and 31 August 2017, with details being provided by 258 councils on 1.43 million out of the 1.9 million business properties liable for rates.

Hayton added: “Roughly one in every 17 business premises liable for rates received a summons to appear before a magistrate in the first five months of the year alone. There are two factors at play here. One is that councils are taking action on non-payment much earlier than in the past, but the main issue is one of affordability.

“It isn’t only those whose values have increased that are struggling. The current, deeply unfair, system of transitional adjustment severely limits the amount by which bills can go down, meaning many businesses in locations where values are falling are paying disproportionate bills.”

“A rates liability freeze is the minimum that the chancellor should do for business in Wednesday’s Budget.”