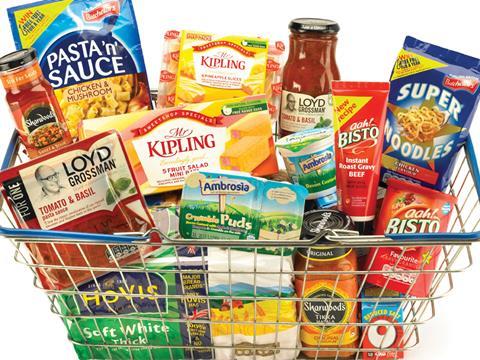 The real surprise about Premier Foods’ demands for payment from suppliers is not that the company is doing it, but that it’s suddenly in the spotlight. Newsnight covered it last night. The Daily Wail shrilled: “Mr Kipling’s exceedingly murky plot to blackmail suppliers.”

But the practice is nothing new. It was first revealed by The Grocer 18 months ago, with Premier requesting these “investment payments” in July 2013 as part of the streamlining of its supplier pool.

And while it was quite unusual to see a supplier using these tactics, as we said at the time, the practice reminded us of what the supermarkets had been doing to suppliers for years, with its demands for lump sums and veiled threats if the investments were not paid.

The actions were a product of the modern UK grocery market, where margins had been squeezed to historically low levels and companies looked to pass on costs down the supply chain to protect what profits they have.

The fact this story has resurfaced can only mean that Premier Foods is trying the tactics a second time.

Again, that’s not entirely surprising. If it worked the first time, a supplier - like a supermarket - would be mad not to try again. And especially since the supermarket price war has intensified pressures on those suppliers that, like Premier, are heavily exposed to the big four.

One leading retail CEO said today: “This is all about pressure from the big four. What happened was they’ve come into Christmas, sales are depressed, and they are having to do the whole thing again.

“It’s why everyone is so gloomy right now. They’re putting pressure back up the supply base. Any supplier with a conventional model that’s closely linked to the big four is going to be finding it very tough.”

Premier Foods itself has suffered too – with its share price crumbling by 73% so far in 2014 and sales of its key “power brands” falling by 5% in the first nine months of the year. and this was before the mild start to the winter.

Given this scenario, it’s not a huge surprise Premier is looking for extra cash wherever it can find it.

So is it fair? And is it legal? The shadow minister on the Today programme suggested that the practice contravened GSCOP. So if the supermarkets are not allowed to, he reasoned, suppliers should not be allowed to either.

But Toby Perkins is wrong. Not only is it perfectly legal, it also does not contravene the voluntary Groceries Supply Code of Practice.

So move along, nothing to see here? Not quite.

First, the more suppliers act this way, the more likely it is that a legislative “cure” for the issue will be sought. The Government is said to be taking the issue “very seriously” and Perkins told The Today Programme that Labour would seek to outlaw companies charging to stay on their supplier list.

Given the raft of different ways grocery firms currently find of doing effectively just that, it could be a long and messy process.

Secondly, the impact on Premier itself could last far longer than the media storm.

David Sables, CEO of Sentinel Management Consultants argues: “Procurement departments of the suppliers are usually nice people who need to understand how to be tough and punch their weight, but we’d never guide them to this.

“This is an initiative from the top of Premier Foods and it makes them as bad as Tesco. Premier will be sorry they asked for this ‘investment’ now.”

Premier Foods has made huge strides over the past couple of years in solidifying its business and balance sheet – now, unless it’s happy to be one of the sector’s ‘bad guys’, it faces a similar battle to rebuild its reputation.