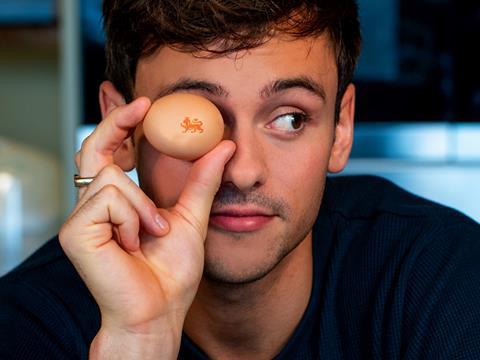 It comes as British Lion gears up for a £1m marketing campaign, set to debut next year. The push, dubbed #WonderEgg, aimed to drive continued growth of egg sales and increase awareness of the Lion mark, it said.

The campaign is set to target millennials and vulnerable groups across retail, foodservice and care homes. Further ambassadors and partnerships will join the campaign throughout the year.

It follows a boom in egg sales after the reversal of FSA guidelines advising vulnerable groups including young children, the elderly and pregnant women to avoid raw or runny eggs over concerns they could contract salmonella. An additional 70 million eggs were sold in the year to 7 October 2018, up 4.9% on 2017 [Kantar Worldpanel].

“Egg sales continue to soar driven by younger consumers, barriers to consumption have been removed, consumer confidence in the nutritional benefits of eggs is on a high, and there is room in the market for growth,” said British Egg Industry Council chairman Andrew Joret.

“With an exciting and focused marketing campaign set to launch, featuring high-profile influencers with a huge combined reach, the outlook is overwhelmingly positive. As an industry we can’t wait to get cracking and I expect to see sales continue to climb in 2019.”