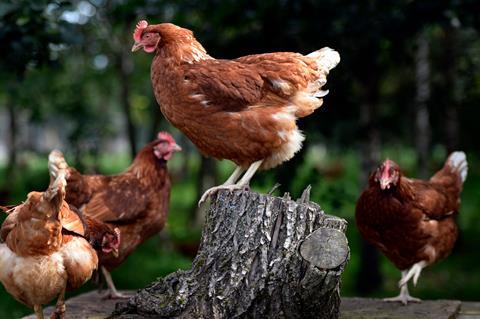 Rumours of the policy switch first emegred in April

Sainsbury’s has confirmed reports which first emerged in April that it will phase out barn eggs from 2020.

The retailer, which sells around 800 million eggs a year, currently stocks two barn egg SKUs under its Basics tier.

It added the move would make it the first of the big four supermarkets to offer customers 100% free-range eggs. Waitrose, M&S and the Co-op already offer shoppers a 100% free-range proposition.

“We know our customers care about where their eggs come from and that they’re responsibly sourced,” said director of Sainsbury’s brand Judith Batchelar.

“We’re committed to offering the best possible quality and value while ensuring high welfare standards and helping to restore the environment at the same time. That’s why every egg we sell will soon be sourced from free range farms in the UK and we’re confident our customers will be able to taste the difference.”

The Grocer first quoted a report by farming news website Agriland in April that Sainsbury’s had decided to stop sourcing the egg type from March 2020 and sell only free range eggs.

The retailer declined to comment on whether the Agriland report was true, citing “competitive reasons”. However, a spokeswoman said: “In order to meet increasing demand for free range eggs while offering the best possible value, we recently made some updates to our supplier base.”

But any decision to switch to 100% free range was described as a “blow” for barn egg producers, with many still paying off loans for the transition away from battery cages due to the UK’s ban of the system in 2012, said NFU chief poultry adviser Gary Ford at the time. But with all major retailers set to abandon caged egg systems by 2025 over animal welfare concerns, barn systems were seen as an ideal alternative value tier, Ford added.