Plastic ban 'could do more harm than good' to environment, warn scientists 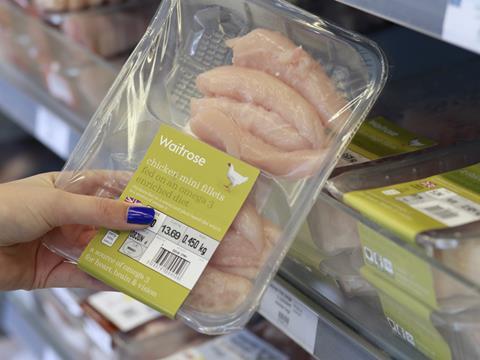 Banning plastic could do more harm than good to the environment, a group of scientists has warned.

The group of 40 academics from Heriot-Watt University, Edinburgh, said while a ban on plastics might seem like a step towards a cleaner, greener future, it could result in much greater environmental damage.

Covering multiple disciplines across the university including engineering, sciences, economics and social sciences, the academics announced they had formed a new network to take an impartial look at the growing debate around plastics, which has led to increasing numbers of calls from NGOs for taxation and bans on the use of plastic products.

Professor David Bucknall, chair in materials chemistry at the University’s Institute of Chemical Sciences, who leads the group, said while the academics were in support of the urgent need to prevent potentially harmful environmental effects of plastics, many of the current arguments surrounding a reduction or ban were “short-sighted and not based on facts.”

He said estimates showed that replacing plastics with currently available materials such as metal and glass would lead to a doubling of global energy consumption and a tripling of greenhouse gas emissions. The environmental cost would be nearly four times greater.

“Almost everything we touch or interact with on a daily basis is made of or contains a plastic of some description,” said Professor Bucknall. “Banning or reducing their use would have a massive impact on the way we live. For instance, replacing plastics with alternative materials such as glass and metals would cost more to manufacture due to the energy consumed and resources - including water - required to process them.

“So while some people may wish for plastics to be reduced or banned altogether, we need to ensure we are replacing them with materials that are better for the planet. In many cases there is no credible alternative to using a plastic, so we need to move towards a ‘circular economy’ for plastics, rather than the largely ‘make-use-dispose’ model we currently adopt. This will require changes and improvements in not only the plastics we are making, but getting better at reusing and recycling them.”

Kate Sang, professor of gender and employment studies at Heriot-Watt’s School of Social Sciences, said: “If we are to tackle the debate on plastic we have to do so from an evidence-based position. While we have all seen the environmental damage caused by plastic pollution, we must recognise that single-use plastics have transformed healthcare in this country and become essential for delivering a safe and responsible health service.

“Single-use plastic straws, for example, are essential for many disabled and elderly people with alternatives such as pasta straws being unsuitable as they’re not flexible and cannot be used by those with gluten intolerance. Paper straws disintegrate over a short period of time and silicone straws need to be sterilised, which is simply not practical in public places.”

She called for a joined-up approach to tackling the plastic problem, adding: “Working more closely with industry is essential.”

The scientists’ call comes weeks after plans announced by the WWF and the Resource Association for a levy on consumers who buy virgin plastic materials and a “new materials levy” targeted at companies manufacturing plastic goods.

WWF has urged the government to go much further than the chancellor’s plans for a tax on single-use packaging.