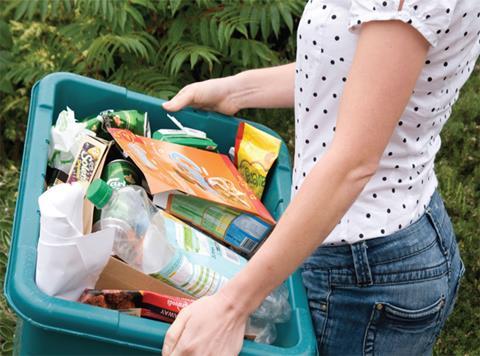 Since 2002, the amount of waste sent overseas has increased sixfold - accounting for half of the packaging reported as recycled last year

British waste sent overseas for recycling risks being dumped or sent to landfill because of inadequate safeguards in the system, according to a new report by the National Audit Office.

It found the UK’s recycling rate could be overstated because it wrongly assumed all packaging being sent to recycling plants was actually recycled.

The report found there was a “high risk” this may not be the case, bringing into question the 64% recycling figure for packaging in 2017.

Last year, the amount of waste sent to countries including China, Turkey, Malaysia and Poland accounted for half of the packaging reported as recycled.

The report accused Defra of not doing enough to assess the effectiveness of the system and said it “has not been sufficiently proactive” in managing the risks associated with the rise in exports of waste.

Under the scheme, companies with recycling obligations contributed £73m in 2017 to the cost of dealing with their waste by paying for “recovery evidence notes” from reprocessing plants or exporters.

Since 2002, the amount of waste sent overseas has increased sixfold - accounting for half of the packaging reported as recycled last year.

The report said: “We are concerned that the agency does not have strong enough controls to prevent the system subsidising exports of contaminated or poor-quality material.”

“The National Audit Office has shed new light on the ludicrous mess we’ve got ourselves into with recycling in the UK. Once touted as the answer to all our waste woes, Britain’s recycling system is now proven to be completely inadequate,” said A Plastic Planet co-founder Sian Sutherland.

“The government needs to show leadership and commit to building one that is fit for purpose, one that invests in food waste collection and proper industrial composting as well as better plastic recovery. We are in danger of the public losing faith in the results of their recycling efforts at home and who can blame them?”