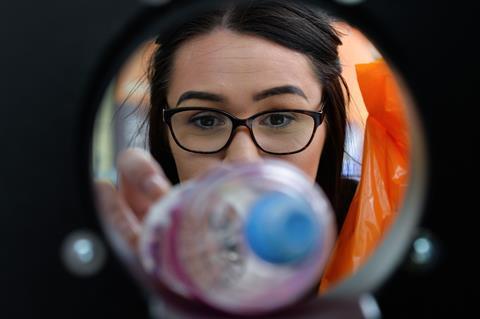 The Scottish government has pushed back its plans for the rollout of a bottle deposit return scheme (DRS) after its “impossible” timeframe was made even more challenging by the coronavirus outbreak.

Legislation set out by ministers today revealed the date for DRS to become effective north of the border had been pushed back from April 2021 to July 2022.

The outcome represents a partial victory for retailers who had slammed the plans, saying the tasks of installing reverse vending machines in 3,000 stores across Scotland would take much longer than anticipated by the government.

Retailers had called on the scheme to be delayed until at least November 2022, claiming it could cost stores in Scotland £250m to install DRS vending machines, compared to the Scottish government estimate of £60m.

Today a statement from the Scottish government acknowledged a “significant number of respondents” to its consultation on the plans had said the original timeframe was “unachievable.”

“The respondents indicating this were primarily retail and producer groups who argued more time was needed for implementation,” it said.

However, it said it was not prepared to act on calls to delay implementation until a scheme could be rolled out across the UK.

“The Scottish government is clear that our climate change obligations are such that implementation cannot be delayed until the rest of the UK is in a position to implement a DRS.”

Despite the delay, Scotland is still set to introduce DRS at least a year earlier than the UK’s timeframe, which itself has been described as unachievable.

Industry leaders have expressed huge doubt over the plans, with a consultation not even due to begin until the summer and legislation in the UK not set to be passed until next year, leaving just 12 months for 30,000 machines to be installed.

It is estimated DRS could cost £2.2bn UK-wide.

The scheme was already facing a threat because of the implications of Brexit, but retail sources say the task is now even harder given the likely huge cost of the coronavirus outbreak.

“FDF Scotland welcomes the delay of the Scottish deposit return scheme until 2022,” said FDF Scotland CEO David Thomson. “We have been calling for the delivery date to be pushed back to ensure there is sufficient time to create the best possible scheme.

“We urge the Scottish government to use this time to work in partnership with drinks producers, logistics companies and retailers to ensure the scheme is well-designed and fit for purpose.

“We also ask that the Scottish government works with the UK government to ensure the system is compatible with any UK systems that are developed.”

“It’s clear Scottish ministers have listened carefully to our concerns on the difficulties, and have deferred implementation by fifteen months to give the industry a much more achievable commencement date target.

“However, beyond the regulations there are still a number of practical issues to be resolved, and we hope government continues to attend closely to our concerns so retailers can play their part in delivering a world-class DRS.”

“The timetable for introducing a DRS in Scotland was already tight to the point of being unrealistic, so clearly with other priorities for governments and businesses, it’s right that this has been pushed back,” said FWD CEO James Bielby.

“There are also some encouraging changes to the regulations, setting out some further grounds on which retailers may be exempt from offering a return service which for some brings serious operational challenges.”