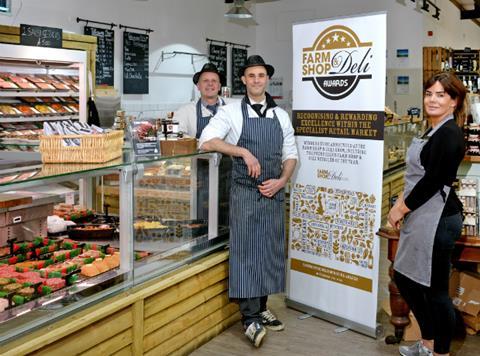 Newcomer of the year finalist The Lambing Shed

Finalists for the fourth annual Farm Shop & Deli Awards have been announced, after judges whittled down entries across 13 speciality sectors and nine regions.

The awards, held in association with Lakeland Computers and organised by The Grocer’s publisher, William Reed, celebrate the specialist independent retail market, judging the best standards, level of service, product innovation and community involvement in the sector.

The speciality categories include baker of the year, delicatessen of the year and farm shop of the year. New for 2017 is the newcomer of the year award, which was added after face-to-face judging in November revealed a number of entries opened after April 2014. Entrants were therefore judged against fellow retailers within the specialist category, as well as against other newcomers.

“I am thrilled that young businesses are also now included with the newcomer of the year category as the pool of talent is now a whole lot deeper,” said co-chair of judges Elaine Lemm.

Chair of judges Nigel Barden said: “It is a joyous journey visiting the awards finalists around the UK and, with the standards being so high, it’s the attention to detail that really makes winners stand out. It’s also apparent when staff have been well trained and crucially enjoy their work. Inspired, informed and enthusiastic folk behind the counter make a shopping experience so much better.”

Baker of the Year

Butcher of the Year


Cheesemonger of the Year


Delicatessen of the Year


FarmShop - Large Retailer of the Year


FarmShop - Small Retailer of the Year


Fishmonger of the Year


Foodhall of the Year


Greengrocer of the Year


Local Shop of the Year


Market of the Year


Newcomer of the Year


Online Business of the Year