Focus On Plant Based: 3 November 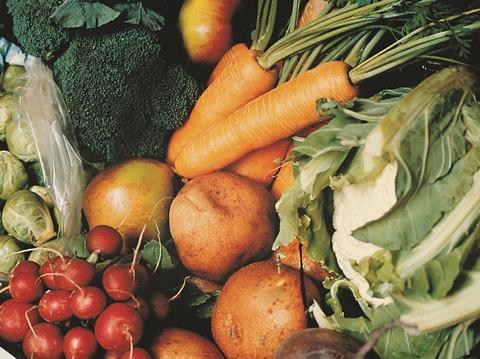 Focus On: Plant Based by Rachel Graham

Get ready for a fight. The rise of veganism has made plant-based hot property, and everyone wants a slice. Retailers have been particularly busy making their own ranges. It’s not just quantity that counts, either. Plant-based customers are increasingly looking for innovation. Who is winning the fight for the plant-based customer? How are they doing it? And how is the market set to change?

Brands: There’s a fight in the branded arena, as traditional brands go head to head with innovators. How are established players adapting to the new market? Which new entrants have the potential to steal share?

Naturally vegan: Critics of meat/dairy substitutes have argued their heavily processed nature means consumers would be better off eating meat. To what extent are people prepared to eat processed meat/cheese alternatives? To what extent would they prefer options that are naturally vegan with lots of veg?

Consumer profile: This year’s Veganuary may have been the biggest ever, but vegans still make up a tiny proportion of UK consumers. The numbers suggest the appeal of plant-based goes well beyond committed vegans. Who are these consumers? Have we reached peak growth, or is there potential for an even wider reach?

The future: With another Veganuary on the horizon, what is next? Who will be upping their efforts and what kind of products will we see on the shelves?

Retailers: Own label has been a particular area of growth for plant based. Who is doing plant-based particularly well? What is the secret to their success? And who is hot on their heels?

Big four profiles: We profile what Tesco, Asda, Sainsbury’s and Morrisons are doing in terms of plant-based.

Vegan fish and chips, freakshakes and kebabs. Plant-based innovation is arguably at its most cutting-edge in the out-of-home and specialist arena. These initially niche propositions are now finding their way into the mainstream grocers. So what are specialist players doing to further push boundaries? Who is at the forefront of this scene? And what are the trends that could be making their way into the supermarkets?

Vegan seafood: The British staple of fish and chips is now open to the plant-eating crowd. At the beginning of October, London opened its first vegan fish and chip restaurant. It’s not just specialists at it. UK pub chain Greene King has also introduced vegan fish and chips to its menu. So what are the most innovative seafood substitutes? What ingredients do they contain? Who are the companies behind this? Are any offering something particularly innovative twists on vegan seafood?

Vegan fast food: The vegan burger is now a common sight in the supermarket aisles. But in the out-of-home arena, there are plenty more innovative twists on vegan fast food. How are eateries making vegan fast food exciting? Who is pushing boundaries and how?

Vegan desserts: Anyone for a vegan freakshake? The usually dairy-heavy formula – chocolate, ice cream and lashings of cream – has been reinvented for the vegan movement. What are the most innovative vegan desserts out there that could make their way into the supermarkets? And how are they made?

Out of home: We profile four restaurants/cafes/food trucks that are doing something innovative on the vegan scene. Who founded the company and why? What are their standout dishes? What are they doing differently?

Innovations: We profile of four innovative products that have not made their way into UK supermarkets yet (but could do at a later date). Where are they selling (e.g. there are many US brands)? When did they launch? What are they doing differently that makes them worthy of a spot as an innovation?

 What consumer trends have impacted the category over the past year?

 How have promotional strategies (both in terms of price and marketing) evolved?

 How has merchandising changed in the market?