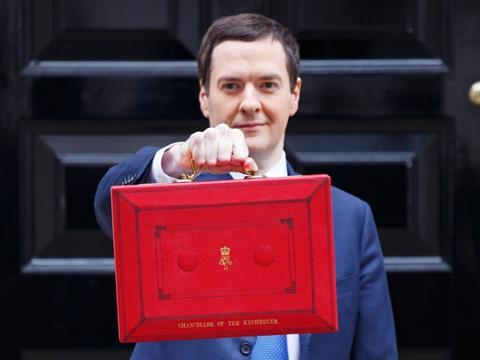 The Chancellor’s launch of a review of business rates risks kicking the issue “into the long grass” until long after the election, retail leaders have warned.

News George Osborne had started the review, first promised in his autumn statement, was announced by the government to pre-empt the Budget.

But despite acknowledging business rates were no longer fit for the modern era, ministers were said to have failed to properly explain how they would go about replacing a system that swells the Treasury’s coffers by £25bn a year - a third of which currently comes from retailers. “The risk is we are just back at square one in a year’s time and that this issue gets kicked into the long grass,” said BRC director general Helen Dickinson.

On Monday, chief secretary to the Treasury Danny Alexander admitted the situation facing retailers had “changed beyond recognition” since rates first came in - adding the review would look at how businesses used property, what the UK could learn from other countries about local business taxes, and how the UK could modernise the system to better reflect changes in the value of property.

Retailers have been asked to respond to a list of 15 different questions, but Dickinson said the government needed to find solutions rather than field consultation responses.

Shanaaz Carroll, interim ATCM CEO, warned the situation for towns would be “bleak” if the overhaul did not go far enough. The Local Data Company found 5,839 stores closed in 2014 versus 4,852 openings, a net reduction of nearly 1,000 compared with 371 in 2013.

The figures also showed a major slowdown in new food and beverage and entertainment outlets coming to the high street, alongside declines in non-food.