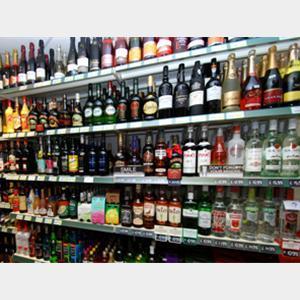 Diageo (DGE) has posted a first half rise in organic volumes and sales but its reported results have been dragged back by asset disposals and currencies.

The drinks company reported organic net sales growth of 1.8% in the six months to 31 December and a 1% rise in organic volumes.

This translated to a 2.4% rise in organic operating profit.

However, adverse exchange rates and the impact of its disposals of non-core assets including its wine operations reduced net sales by £400m to £5.6bn and operating profit by £156m to £1.7bn.

In Great Britain net sales were up 3%, with spirits and beer in growth.

Beer net sales in GB were up 3% with Guinness net sales up 4% driven by strong trading during the Rugby World Cup.

“While trading conditions remain challenging in some markets, Diageo’s brands, capabilities in marketing and innovation and our route to consumer have proved resilient. I am confident that Diageo can deliver improved, sustained performance.”

For the full year Diageo expects volume growth to drive stronger top line performance and margin to slightly improve. It said it remains confident of achieving its objective of mid-single digit top line growth and 100bps of organic operating margin improvement in the three years to its 2019 financial year.

There’s plenty of news today on a busy morning on the markets.

Firstly, Cranswick (CWK) has issued an update on trading for the three months to 31 December 2015. Trading during the third quarter of the financial year was in line with its expectations, with total revenues up 5% driven by volume growth of 11% and underpinned by a strong Christmas. Underlying revenue was 4% higher than the same period last year, with corresponding volumes up 10% as the benefit of falling input prices was again passed on to customers. Export volumes shipped to the Far East 28% ahead of the same quarter last year.

Paypoint (PAY) has updated the market on its trading for the third quarter ending 31 December 2015. Net revenues were £35m, up 1.8% from net revenues for the third quarter last year, whilst overall revenues of £58.1m were down 3%. It said it saw strong growth in retail services of 22.7% and mobile and online of 9.6%, offset by declines in top ups of 13.7% and bill and general of 2.4%.

Chief executive Dominic Taylor said: “We have continued to make progress across the businesses in the third quarter. Since the end of the quarter, we have also concluded the sale of our online payments business, further strengthening our balance sheet. However, our progress has been partially offset by the unseasonably warm weather and its impact on energy consumption, an extension of the additional costs in Collect+ to facilitate the shareholder discussion and a delay in the sale of our mobile payments business.”

Travel food group SSP (SSPG) has issued an interim management statement for the period from 1 October to 31 December 2015. It said it had a “good start to the new financial year” and full year expectations remain positive and unchanged. Total revenues increased by 6.2% on a constant currency basis, comprising like-for-like sales growth of 4.3% and net contract gains of 1.9%, in line with expectations. Total revenue growth at actual exchange rates was 1.9%.

Like-for-like sales grew strongly in the UK and Continental Europe in the early part of the new financial year. Although SSP said this has moderated slightly in recent weeks “reflecting the impact of geopolitical activity”. In North America the positive trends in like-for-like sales growth in 2015 have continued throughout the first quarter, it said.

Ocado (OCDO) has appointed Andrew Harrison, deputy CEO of Dixons Carphone as an independent non-executive director starting on 1 March. Chariman Lord Rose commented: “We are delighted that Andrew is joining Ocado, as we continue to grow the business and develop our technology solution. Andrew brings significant retail and technology experience and we will benefit from his new insight.”

Coca Cola HBC (CCH) has announced that its chairman George A. David has decided to step down with effect from 27 January 2016, having served as chairman since 1981. He will be replaced by Coca-Cola HBC’s current vice chairman, Anastassis G. David and will be ratified at the company’s AGM in June. Anastassis G. David joined the board of Coca Cola HBC as a non-executive director in 2006 and was appointed vice chairman in 2014.

Finally, last night Sainsbury’s (SBRY) issued a short statement to the stock market on recent articles suggesting its Qatari investors were prepared to back a higher bid for Argos. It read: “We understand that the QIA is not the source of these articles and has not yet taken a final position on the proposed Home Retail Group transaction. Like any other shareholder the QIA would consider any such proposal in detail before making a final decision on its position.”

The FTSE had its best day for three weeks yesterday, with the FTSE 100 rising 1.3% to 5,990.4pts despite persistent worries over the Chinese economy and the plunging oil price.

Most grocery firms were bolstered by the better general trading momentum.

Britvic was up 5.2% to 713.1p despite announcing that sales had fallen 2.4% on an organic basis in its first quarter yesterday.