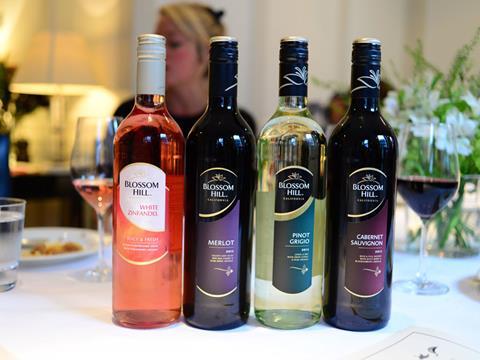 The deal includes US based Chateau and Estate Wines and the UK based Percy Fox businesses, which house brands including Beaulieu, Acadia and Blossom Hill.

Diageo said the proceeds would be approximately £320m after tax and transaction costs and will be used to repay borrowings. The transaction is expected to complete around the end of the calendar year.

CEO Ivan Menezes said: “Diageo’s strategy is to drive stronger, sustained performance through focus on our core portfolio and today’s announcement is another element of that strategy in action. Wine is no longer core to Diageo and this sale gives us greater focus.

“With the completion of this transaction Diageo will have released £1 billion from the sale of non-core assets since the start of the financial year. This proactive portfolio approach has focused the business, enhanced our financial strength, improved our returns and strengthened the business, positioning us even more firmly to deliver our performance ambition.”

Following completion of this transaction Diageo’s wine interests will be limited to Justerini & Brooks Wine Merchants, the Argentinian wine business of Navarro Correas, the wine brands of Mey Icki and USL, the Chalone brand and assets and the Acacia winery and vineyard.

With two major international fmcg transactions announced in as many days, its proving to be a busy week for the grocery sector. But this morning is quiet in terms of calendar announcements, before updates from Booker and WH Smith tomorrow.

Diageo has opened down 1% to 1,824p on this morning’s news. The wider FTSE 100 is also down by 0.8% so far this morning to 6,290.7pts as worries persist over the Chinese economy, with expectations growing that interest rates will now be cut to boost flagging growth.

That wasn’t enough to drag the FTSE 100 upwards, which suffered its second consecutive slump – falling 0.5% to 6342.3pts.

The supermarkets were amongst the day’s biggest fallers yesterday after the BRC-KPMG Retail Sales Monitor said food sales were down 1.4% on a like-for-like basis in the three months to the end of September and that deflation has returned to the UK, with the UK’s CPI falling to -0.1% in September.

Other drinks firms were some of the day’s better performers, with Diageo rising 0.9% to 1,843p on speculation of its wine estate sale announced this morning, while AG Barr (BAG) was 2.3% up to 525p.