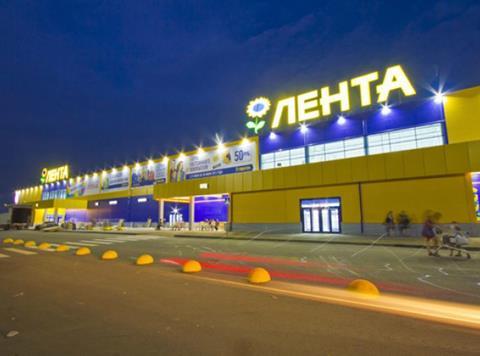 The bonds will have a 36-month put option from placement and a maturity of 10 years with a nominal value of RUB 1,000 each. It is anticipated that order books will be opened on 8 September 2015, with a closing date of 8 September 2015.

Proceeds raised from the bond issue will “provide Lenta with additional financial flexibility to accelerate its store opening programme in 2016 and beyond”.

With the wider economic turmoil ongoing, the markets are far from benign, but this week looks like a slow news week in terms of company updates.

The FTSE looks to have rebounded somewhat this morning, back up 0.7% to 6,102.5pts in early trading.

The FTSE 100 gets its annual revenue this afternoon – with Morrisons teetering on the edge of demotion, though engineering firm Weir looks assured of being dropped from the index.

Most stocks started the day positive – including Diageo (DGE) up 1.5% to 1,716.5p. However, Morrisons (MRW) continued to slide – down another 0.7% to 161.2p, its lowest level since November last year. Morrisons’ market cap has fallen below £4bn, with a number of FTSE 250 firms currently with a market cap above that level.

The market lurched back downwards yesterday as the volatility driven by worries over the Chinese economy shows little sign of abating.

The FTSE 100 plunged 3% to close down at 6,058.5pts on weak manufacturing data from China, with mining firms leading the fallers.