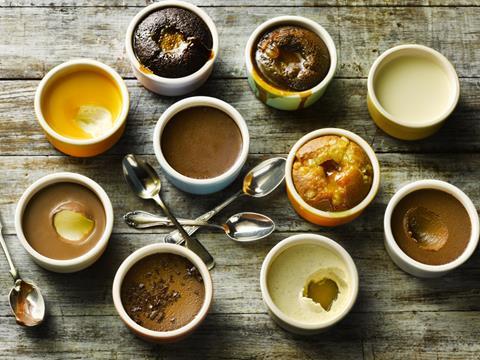 The one-pot dessert company, which knocked BrewDog off the top of The Grocer Fast 50 list in October, has received an external investment of £4.5m, The Grocer can reveal.

The company will use £1.6m of the investment to double capacity at its London production headquarters and strengthen the balance sheet.

The rest of the money from a group of US-based private investors and an individual backer in the UK will provide early shareholders in Pots & Co with a return.

Co-owner Simon Champ told The Grocer that investment in its kitchen production facilities would help the business push sales to more than £30m in the next two years.

Read the full story on thegrocer.co.uk/finance later this morning.

This week’s edition of The Grocer analyses all the big grocery stories of the week, including the collapse of Palmer & Harvey, who is favourite to land northern supermarket chain Booths and whether Ocado’s new deal with Casino marks a step-change for the business.

Read all these stories and more in this week’s magazine or online at thegrocer.co.uk.

The FTSE 100 fell 0.9% to 7,326.6pts yesterday as the pound hit its highest level against the dollar for two months amid hopes of progress over an agreement being reached on the UK’s Brexit divorce bill.

There were contrasting fortunes for the two pubco/brewers reporting results yesterday.

Greene King fell 3.7% to 520p after revealing a drop in first half profits as under-pressure consumers stayed home more and ate out less.

However, Marston’s was one of the market’s biggest risers, jumping 9.7% to 115p amid full year sales growth of 10% and a 3% rise in profits thanks to new openings, positive like-for-like sales and its acquisition of Charles Wells.