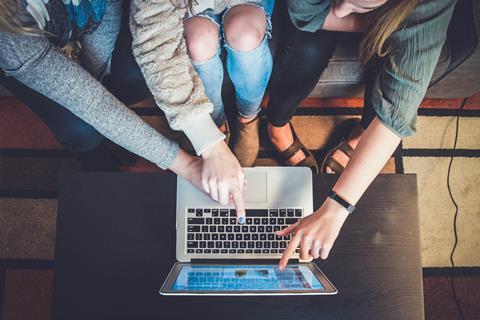 Shuttered high street shops contributed to a 3.1% decline in total like-for-like sales in February but fashion and homeware helped drive online sales to a record high.

According to BDO’s High Street Sales Tracker, total like-for-like sales, combined in-store and online, fell by 3.1% in February from a base of -0.5% for the equivalent month last year.

Even more significantly than in January, online sales propped up total like-for-like sales while in-store revenues continued to languish amidst lockdown.

The lifestyle sector declined this month (-15.6), while fashion (-3.6%) showed signs of life and homeware (+32.2%) continued from strength to strength.

Sophie Michael, head of retail and wholesale at BDO said: “As we mark a year of COVID’s impact on retail and the wider economy, we’ve seen total retail sales decline by around -8% on average each month.

“Obviously, there is still a long road ahead but with shops looking at reopening there were a few positive signs this month. Consumer confidence improved slightly, probably thanks to the vaccine roll-out, and the fashion sector had its best result in months as shoppers eyed the end of lockdown.

“Retailers will have welcomed a number of this week’s Budget measures, notably the announcement of further business rates relief, restart grants and loans and the extension to the furlough scheme. A key part of driving forward the UK’s economic recovery is likely to come from unlocking consumer spending. To enable this, the retail sector needs to reopen successfully and quickly and the government’s continued support will be vital to making this happen.”

UK retail footfall suffered its second worst decline since May during February, according to BRC-Sensormatic data.

With the UK still in lockdown, year on year UK Footfall decreased by 73.5% in February, with only a 3.4 percentage point improvement from January. Following January, this is the second largest drop in the UK footfall since May 2020 (-81.6%).

Retail Parks saw footfall decrease by 34.5% year on year. Following January, this was the deepest decline since May 2020 (-55%).

Shopping Centre footfall declined by 75.7% year on year. Similar to High Streets and Retail Parks, excluding January, this was the deepest decline since May 2020 (-84.9%).

For the sixth consecutive month, Northern Ireland saw the shallowest footfall decline of all regions at -65.6%, followed by Scotland at -69.2%. Wales saw the deepest decline at -75.4%.

BRC CEO Helen Dickinson commented: “Footfall remained down by three quarters during the second full month of lockdown. Shopping centres continued to suffer the most due to their high proportion of “non-essential” retailing, whereas retail parks benefitted from the presence of large essential retailers such as supermarkets and health stores. While footfall improved slightly due to slowing Covid infections boosting consumer confidence, it will be a difficult time for retail until businesses are permitted to reopen in April.

“Retailers welcomed the Chancellor’s extension of key business funding schemes in Wednesday’s Budget. Nonetheless, the real challenge will arise in April, as tens of thousands of “non-essential” retailers hold their breath to see if demand returns to stores. Despite the support offered by the Chancellor, the retail industry is not out of the woods yet. In order to support a much needed recovery in the industry and the three million jobs it supports, the Government must ensure the UK’s state aid rules allow businesses to fully access the grants and loans that have been announced.”

Andy Sumpter, Retail Consultant EMEA for Sensormatic Solutions, added: “With lockdown fatigue looming large, February saw another month of limited footfall on the High Street, as non-essential retail remained closed and stores shuttered. February did see a small lift in shopper counts compared to January, perhaps due to the ongoing success of the vaccine roll-out and the roadmap for unlocking announced earlier in the month giving consumer confidence a boost.

“However, while there is light at the end of tunnel, the outlook between now and 12 April, when non-essential retail can reopen, remains bleak. Many retailers will be holding out hope that, once again, consumers will return when they reopen and that pent-up demand for real life retail experiences will sustain the High Street’s recovery.”

In this week’s edition of The Grocer read how Amazon is turning the screw on food and drink suppliers, the possible suitors for online butcher Farmison after it bought in KPMG to find a buyer and more.

Check out thegrocer.co.uk/finance for full details later this morning.