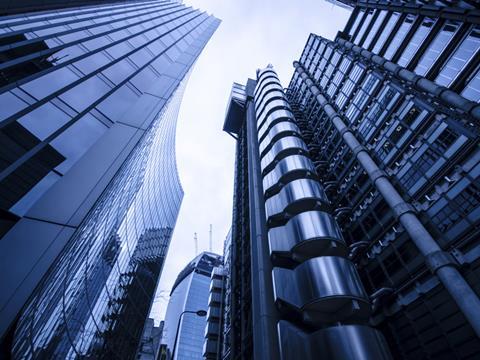 With the extraordinary overnight election results still filtering in, there’s only one story in town this morning.

After the British electorate has seemingly returned a majority Conservative government to confound the expectations of pollsters and just about everybody else, the City has reacted with something approaching joy to the news.

The FTSE 100 index has surged by 2% in early trading to 7028pts as the City breathed a sigh of relief over the stability the election result seems to provide rather than the weeks of horse trading most had predicted.

The pound posted its biggest single-day jump against the dollar and euro since 2009 – leaping nearly 2% against the US dollar to a two month high of $1.552 in overnight trading, while it was up 2% to 72.48p per euro.

The market is a sea of green this morning with big gains across almost all shares after the shock general election result.

Elsewhere, Waitrose sales were up 0.5% (ex petrol) year-on-year in the week to 2 May “despite tough comparatives”. The week also concluded Waitrose’s first quarter, which saw divisional sales growth of 0.8%. However, that 0.8% growth represents a like-for-like sales fall of around 3% once new store space is factored out.

Reckitt Benckiser (RB) investors once more chided the fmcg giant over executive pay at the company’s AGM yesterday. A total of 17.2% of investors voted against the company’s remuneration report, with 18.3% voting against its new long-term share incentives scheme, introduced after a more serious investor rebellion over pay in 2014. The total pay packet of Reckitt Benckiser CEO Rakesh Kapoor rose by almost two-thirds last year to £11.2m once his long term share payments were taken into account.

Findus Group has announced the appointment of Steven Libermann as CEO of Findus Southern Europe. He will take on the role from Monday having most recently worked as a business consultant and previously at Findus as marketing director and sales director in France and MD in Spain.

The FTSE 100 closed down 0.7% at 6,887pts as (apparently misplaced) nervousness over the general election result held sway in the City yesterday.

Morrisons (MRW) plunged 6.6% to 176.9p after reported a 2.9% fall in first quarter like-for-like sales, which beat expectations but was still considerably down on its weak performance in 2014 when it saw a 7.1% collapse in like-for-like sales in the corresponding quarter.

SABMiller (SAB) was one of the market’s top risers as ABInBev bid speculation resurfaced yet again. The rumour that never seems to go away drove SAB 3.7% higher to 3,531p.