City Snapshot: Waitrose weekly sales back on the rise 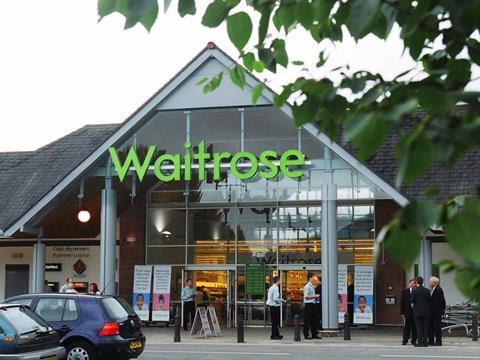 Waitrose’s weekly sales (excluding petrol) were back up 2.1% in the week to 26 September after slipping 0.1% in the previous week.

Waitrose attributed the rise to The Great British Bake Off and Rugby World Cup.

Home baking sales were on the rise; own-label frozen puff pastry were up 23%, dried fruit was up 37% and sales of colours and essences were up 25%.

As for the rugby, frozen party food sales increased by 60% and frozen pizza sales were up 17%. Sales of its bottled ale selection were up 25% up on last year, while canned ales and stouts were up 2 8%.

Waitrose sales were down 0.1% in the previous week, which followed a weekly sales decline of 0.9%.

It’s all quiet on the company announcement this morning – with still no news from SABMiller on the official bid from AB InBev, which had been expected this week.

The FTSE 100 edged up just 0.2% to 6072.4pts yesterday as weak US manufacturing figures pulled back morning gains.

Consumer stocks eased back after Wednesday’s huge gains, with the supermarkets amongst the FTSE’s biggest fallers.

One of the grocery sector’s success stories of the day was Cranswick (CWK), which rose 5.8% to 1,689p after telling the market yesterday that first half revenues were running above expectations and increased by 10%.