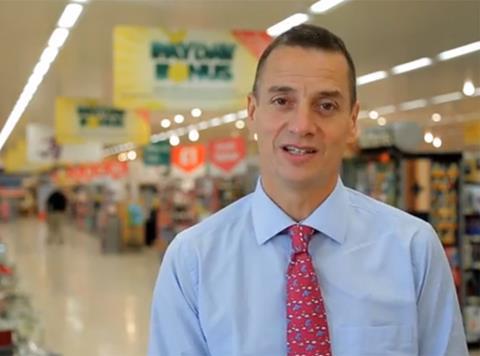 Philips, who parted ways with Morrisons three months ago, was awarded the £1m annual bonus in cash on top of his £850,000 salary, more than £200k in pension payments and £28k in benefits.

As a result, Philips received a total pay packet, excluding share bonuses, of £2.1m in the year to 1 February – double the reward he received in 2013/14 where no annual bonus was paid.

The grocer’s annual report also revealed the sacked boss was also granted shares worth £1.9m during the year, dependant on the supermarket’s performance – taking his overall pay award last year to £4m.

Philips will remain eligible for the Morrisons long term incentive plan as the report stated that he was considered a “good leaver”.

It was announced that Philips would leave Morrisons in January as a result of the supermarket’s continued poor performance. Morrisons reported a £792m annual loss for the year to 1 February, amid a 4.9% to £16.8bn and like-for-like sales dropping by 5.9% for the year.

Philips’ replacement, David Potts, could earn more than £5m if he can hit certain performance targets, with double his £850k salary available in an annual bonus.

Potts could also bag another £2.6m as part of a long-term shares incentive scheme as Morrisons has temporarily increased the maximum annual bonus and share payments achievable to 300% of his £850k salary this year before it resets to its normal level of £240k.