Dunbia puts business up for sale 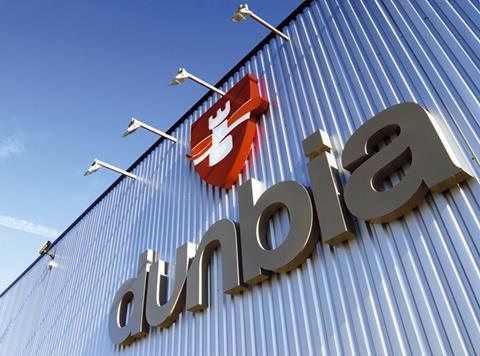 Northern Ireland meat processor Dunbia has confirmed it is looking for buyers to secure the future of the business and said it has already received several “serious expressions of interest”.

A “teaser document” is due to be sent out to businesses that may have an interest in buying the Co Tyrone firm, which is currently privately owned by brothers Jim and Jack Dobson, The Belfast Telegraph revealed yesterday.

A Dunbia spokesman confirmed the business was “considering options for maximising the potential of the company going forward”, having received several “serious expressions of interest” from would-be investors over the past two years.

“Market dynamics are continually evolving and we are currently exploring the best options to ensure that we are well placed to meet the demands of the marketplace, now and in the future,” he said.

Dunbia currently processes beef, lamb and pork at 13 sites around the UK and Ireland, and exports it around the world, with an annual turnover of £800m. But the firm hasn’t been immune from current pressures in the global meat market, and profits almost halved from £7.4m to £4.6m in the last financial year – ending March 2014.

An industry source suggested the recent $1.5bn (£988m) sale of Moy Park to Brazilian meat giant JBS could have given the Dobson brothers confidence they would get a good price for their company.

Dunbia was rumoured as a potential target for JBS, with Dawn, 2 Sisters Food Group, ABP and Cranswick also named as possible suitors for the business.

Any sale could include the whole business or part of its operations, but the Dunbia spokesman stressed it would be “business as usual” for the firm in the meantime.

“Whilst we are working on plans for the future, our focus very much remains on day-to-day operations and delivering a first class service to our customers,” he said.