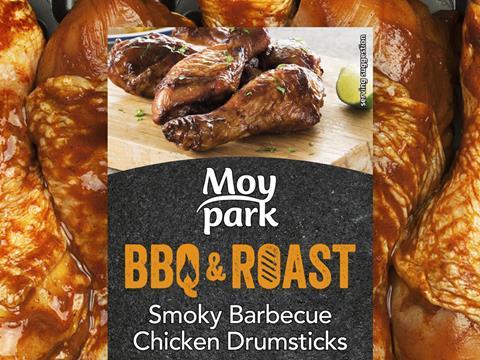 Moy Park, which is the European division of Brazilian meat giant JBS, recorded at 0.6% rise in net revenue to £352.8m in the three months to 30 September.

The small increase in sales was reported despite a 2.5% decline in net domestic revenues back to £306m.

UK volumes decline by 14.6%, particularly driven by a 10.1% volume decline in processed/prepared products.

Moy Park explained this was largely due to its discontinued canned beef business - adjusting for the loss of those sales, like-for-like sales jumped 3.6% during the period.

The headline domestic sales decline was negated by a 61.1% jump in exports of processed and prepared products to £30.7m at least partly driven by pricing as volumes in the category increased by 30.9%.

Overall Moy Park processed 65.5m birds during the quarter, a 0.3% dip year-on-year. However, volumes were up 1.3% on a like-for-like basis.

CEO Janet McCollum said: “Against the backdrop of particularly challenging market conditions, the third quarter of 2016 has seen Moy Park continue to deliver a strong performance, with sustained revenue growth and an improvement in LFL profit before tax.

“Our progress continues to be driven by strong customer relationships and improved efficiency and cost control, as well as a culture of constant innovation, which was recently recognised by the award of a prestigious Grocer New Product Development Award for Moy Park branded ‘Extra Tasty’ Roast in the Bag whole chicken.

“Its progress continues to be driven by strong customer relationships and cost control, as well as a culture of constant innovation.”

It added that the improvement in profitability stemmed from its synergy plan to increase operational efficiencies post the acquisition last year.