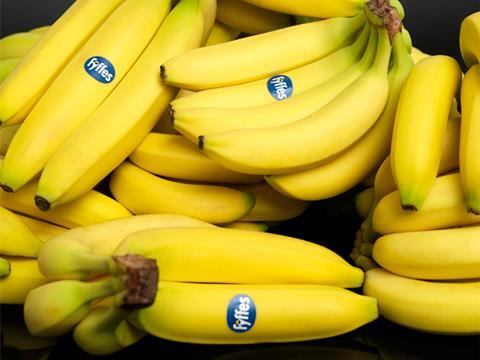 Irish fruit importer Fyffes (FFY) has announced a near 15% increase in first half sales driven by acquisitions and volume growth.

Fyffes also achieved volume growth in each of its existing product categories in the period, including the first time contribution from the additional melon farming assets acquired at the end of 2015.

Fyffes said this represents “a good result for the period with strong performances in the pineapple and melon categories offsetting the impact of the relatively difficult market conditions experienced in the banana category”.

The firm said trading conditions in the banana category were challenging during the first half of 2016, mainly due to the further strengthening of the US dollar against sterling and the euro. In response, Fyffes secured some price increases to date but this has been insufficient to offset the impact of the adverse exchange rates and the group therefore continues to pursue further price increases in all markets.

“The result for the first half of the year was satisfactory given the difficult prevailing market conditions, including adverse currency movements as a result of the weakness of Sterling and the euro against the US Dollar.

“Highline has performed in line with our expectations for the three-month period post acquisition. The first half results in the Group’s other product categories were in line with the same period last year in aggregate, with strong performances in the pineapple and melon categories.”

It’s a quiet end to a quiet week in the City this morning.

The Grocer yesterday afternoon had the news that Kettle Foods’ US owner, Diamond Foods, has taken full ownership of Metcalfe’s Skinny by acquiring the remaining 74% of the business it did not already own. See the full story here.

Also, households were £10 a week better off last month than they were in July 2015, according to Asda’s latest monthly Income Tracker. See the full story here.

The FTSE 100 is back up 0.4% to 6,769.7pts so far this morning, driven higher by bank shares and the pound slipping back from yesterday’s gains.

After a good start to the morning yesterday the FTSE ended the day 0.5% down to 6,745pts as the pound jumped 1% back up to $1.327 and after PMI manufacturing figures surprisingly reached a 10-month high.

McColl’s (MCLS) was up 2.4% to 170p after issuing its third quarter trading update yesterday.