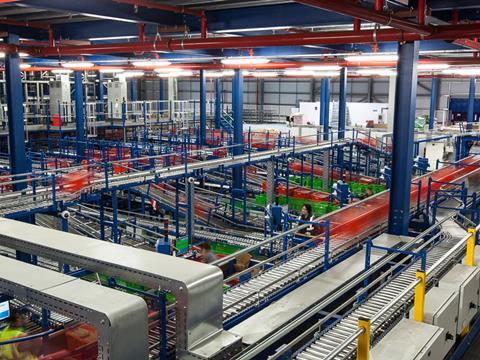 Ocado and Morrisons announcing a renewed agreement, tweaked from the original signed back in 2013, gave the paper plenty to chew over this morning. Click here for the full story on thegrocer.co.uk and click here to read yesterday’s Daily Bread blog on the subject.

The Financial Times writes that Ocado has agreed a more flexible deal with Morrisons after executives at the supermarket complained its initial deal was too costly and restrictive. The new deal means Morrisons will use its own stores to serve parts of the UK Ocado cannot reach after renegotiating a “one-sided” agreement (The Times). Morrisons will now expand home deliveries nationwide for the first time after striking the new deal (The Independent). The Guardian notes that under the new arrangement Morrisons will halve the amount it pays towards Ocado’s research and development to £4m a year from 2018 and will no longer pay a 25% cut of any future profits from its online business for the next 15 years. Shares in both companies rose on the back of the news with Ocado up by 3.15%, or 8.6p, to 284.9p and Morrisons climbing 2.2%, or 4.13p, to 192.2p at midday, The Telegraph notes.

The Telegraph reports that a late summer heatwave could deliver a £290m boost for food retailers as Brits rush out to stock up on barbecues, burgers and cold beers. “Many high street retailers have complained of a wet June and mixed July dampening sales, but food retailers are holding out hopes that the mercury will start to rise again in August,” the paper says.

Almost four in 10 retailers in England have broken the law by selling e-cigarettes and vaping liquids to children and teenagers, according to new figures published by Trading Standards (The Guardian).