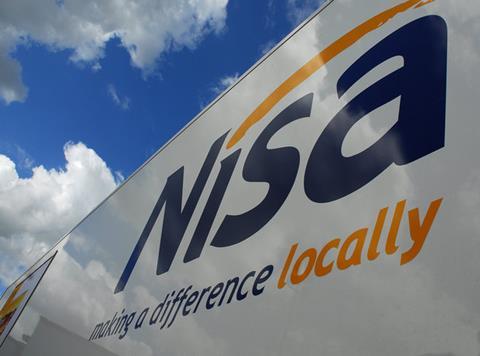 Rebel Nisa shopkeepers are plotting to throw out their chief executive over the board’s plan to sell the chain to Sainsbury’s for £130m, writes The Times (£). More than 30 members are understood to have pooled their shares to cross the 5% threshold needed to call a vote on Nick Read’s future. The Sainsbury’s approach has divided Nisa’s 1,400 shopkeepers, some of whom are fiercely independent. However, a source close to Nisa said the decision to hold sale talks was taken by the whole board and described the threat of an extraordinary meeting as “pure mischief making from a small group”. (The Times £)

The CBI is poised to name John Allan as its vice-president, a role that is expected to lead to him taking over from Paul Drechsler next year (Sky News). Allan, a City veteran who also chairs Barratt Developments, will become vice-president of the business lobby group in the autumn, an appointment that puts him in pole position to succeed Paul Drechsler as president when he steps down (The Times £). The CBI will elect a new president in July next year, when the employers’ organisation is expected to be closely involved in lobbying around the negotiations on the UK’s planned exit from the EU (The Financial Times £).

Confidence among both large and small businesses has collapsed amid mounting concerns over the domestic political backdrop and fresh evidence that households, the engine of recent economic growth, are tightening their belts (The Times £). Household spending has fallen at the fastest rate in almost four years as rising prices have made consumers less willing to splash out on furniture, clothing and trips out (The Guardian).

‘Inflation time is discounter time’ says Lidl UK’s boss Christian Härtnagel, who The Times (£) describes as a young boss in a hurry to grab a greater slice of the grocery market. Lidl is to add 60 new shops a year in ambitious £1.5bn UK expansion plan by 2019, writes The Telegraph in another interview with Härtnagel. “That is the fastest we have ever grown in the UK,” he says.

Sainsbury’s faced mounting pressure not to axe the Fairtrade label in favour of its own “Fairly Traded” brand on Friday, as a group of more than 40 MPs signalled their support for the established scheme (The Telegraph). The cross-party support ramps up pressure for a change of heart by Sainsbury’s, the biggest backer of Fairtrade in the UK, which recently began experimenting with its own “fairly traded” scheme on tea (The Guardian).

Amazon’s acquisition of Whole Foods came only after Amazon refused to compete directly with six other suitors and was ultimately forced to boost its price from $41 to $42 per share, according to a Whole Foods proxy statement filed with the Securities and Exchange Commission (The Financial Times £). Amazon threatened to cancel its $13.7bn take over of Whole Foods if the US grocer involved other bidders, a regulatory filing showed on Friday, shedding new light on the acquisition (The Guardian).

Retail giant AS Watson plans to create 1,000 new jobs on British high streets in an expansion of its stores that defies continued woes among its competitors. The company, which owns Superdrug, the Perfume Shop and Savers, is moving forward with plans to expand following trend-bucking growth last year (The Telegraph). Superdrug is set to open 30 new stores and create 650 new jobs as it defies a consumer spending slump (The BBC).

Crowdfunding is posing a new set of problems even for those that have successfully raised cash in this way. Some companies are now warning that the process of selling shares to the public via an online platform can involve exposing yourself to as many time-wasters as it does genuine investors. It might even provide an opportunity for competitors to poke their noses into your affairs and exploit what they find. (The Times £)

Ethnic unrest in north-east India has forced the closure of Darjeeling’s tea plantations at the peak of the harvest season, threatening to push prices for the crop up 20%. (The Financial Times £)