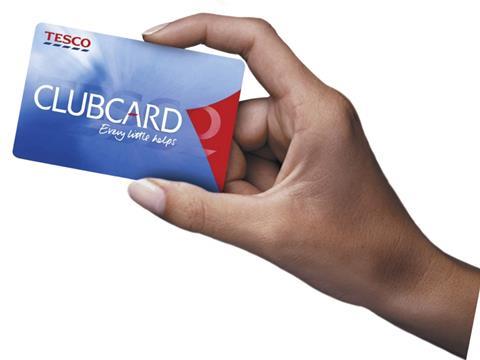 US consumer research giant Nielsen is poised to plunge into the £2bn auction for Dunnhumby, operator of Tesco’s Clubcard loyalty scheme. Dave Lewis, Tesco chief executive, hired Goldman Sachs this year to sell the business, and New York-listed Nielsen, best known for its television ratings system, is understood to have expressed an interest. (The Times £)

The latest twist in the Dunnhumby auction comes after Friday evening’s reports that Tesco is poised to put its mobile business up for sale. The business could be worth hundreds of millions of pounds, given that Tesco’s share of its profits is about £100m a year, according to people with knowledge of Tesco’s operations. (The Financial Times £)

The Times suggests that O2 could look to buy out Tesco’s share of their 50/50 joint venture. “That, however, could be bold move for O2, which is in the middle of being taken over by Hutchison Whampoa’s Three in a £9.25bn transaction.” (The Times £)

The war for customers that has wreaked havoc at supermarkets is becoming more intense after US-owned Asda launched a new round of price cuts. The company has slashed its prices in recent weeks and according to research by US investment bank Morgan Stanley it is now 5 per cent cheaper than Sainsbury’s and Tesco on a range of key branded goods. (The Daily Mail)

Sainsbury’s could face a £30m bill if a High Court judge sides with a football club that has accused it of scuppering redevelopment essential to its future. Bristol Rovers will go to court this week to argue that the retailer left it in the lurch by extricating itself from a contract to bulldoze the Memorial Stadium to build a supermarket, 65 homes, car parking and community facilities. (The Times £)

Of Britain’s big four supermarkets, Wm Morrison is the most exposed to the no-frills German discounters and the growing ranks of pound and bargain shops, according to new research. The Local Data Company, a retail information provider, found that nearly half (49%) of Morrison’s 500 or so stores were in towns with an above average number of discounters. (The Financial Times £)

One of M&S’ most senior executives, Laura Wade-Gery, has conceded that it had taken longer than expected for customers to adapt to the new website. Marks & Spencer has admitted that customers were confused by its new £150m website and said it had made “thousands of changes” since it was launched. (The Telegraph)

The FT’s Lex column looks at Whole Foods’ decision to launch a more budget orientated arm in the US. “An executive on the company’s conference call said the cryptic disclosure was intended to ‘tantalise’ investors and analysts. Whole Foods shares dipped a tenth, however, so a more appropriate verb may have been ‘horrify’.” (The Financial Times £)