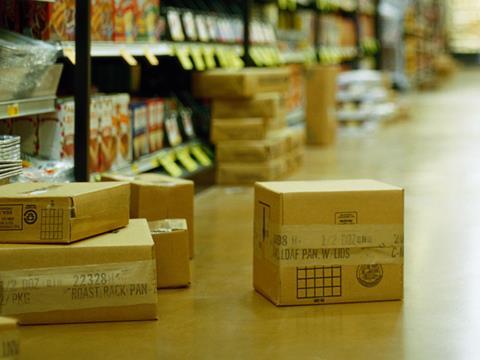 The UK’s pensions lifeboat has helped to block the sale of a packaging company whose customers include Marks & Spencer and Unilever after a prospective buyer drew up plans to dump its retirement scheme obligations. The pension scheme of Pulse Flexible Packaging, which is based in Bury, Lancashire and employs 350 people, prevented a takeover by an unnamed buyer last week. (Sky News)

Asda has relaunched its value Smart Price food range as Farm Stores, reigniting the row about retailers’ controversial use of “fake farm” brands to sell products. Asda, which pledged to replace the Smart Price branded products completely by 2018, has recently reintroduced the Farm Stores label for both meat and fresh produce after dropping it in 2001. (The Guardian)

The executive credited with driving the turnaround of Majestic Wine’s retail business has resigned after only 18 months to take the reins at Hobbycraft. (The Times £)

Britain’s retailers suffered a third consecutive month of falling sales in March, according to industry figures that add to evidence that a post-referendum rise in living costs is denting consumer spending (The Guardian).

Rising food prices and more expensive clothes hold inflation at 2.3% in March defying predictions of a dip (The Daily Mail).

Rising demand from consumers for health clubs, takeaway food shops and ice-cream parlours has led to a decline in the number of clothing and fashion shops, according to figures from PWC and the Local Data Company (The Times £). Leisure offerings are replacing banks and clothing stores on the UK’s high streets, according to research reporting an acceleration in shop closures last year (Sky News)

An activist at Whole Foods has stirred acquisition talk, but the supermarket chain is expensive, writes The FT’s Lex column. “Jana Partners, the activist fund, turned up this week with a 9 per cent stake and a demand for change or sale. The off-putting valuation suggests it might need to be fixed first.” (The Financial Times £)

The FT’s Lex column advises Cognac quaffers to reserve that bottle of Paradis Impérial now. Louis Vuitton Moët Hennessy, maker of the $3,000 tipple, warned on Tuesday of a potential shortage of cognac this year amid strong demand. The obvious response would be to raise prices — and the time to do so may soon be approaching. (The Financial Times £)

The price of orange juice is forecast to jump after disease ravaged crops and squeezed global supplies. The world’s largest orange growers, Brazil and Florida, have suffered poor harvests as they struggle to halt the spread of the Asian citrus psyllid. (The Times £)

Designer sugar is here – but just what are we sacrificing for healthier sweets, asks The Guardian? Companies like Nestle are tinkering with the shape of sugar molecules to deliver the same sweetness with a lower amount of the unhealthy stuff. (The Guardian)

China Huishan Dairy has defaulted on a $200m loan and had assets frozen in China in relation to another $79m debt, in a sign of the troubled dairy operator’s worsening problems. (The Financial Times £)